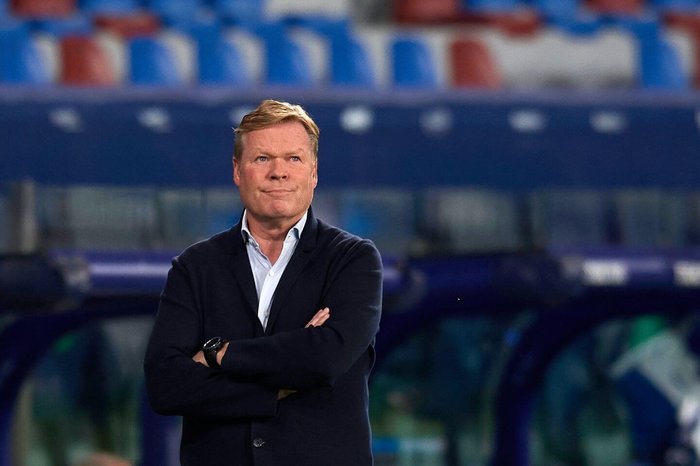 While criticising Joan Laporta’s management, Ronald Koeman has claimed Barcelona are caught up in their own history as football evolves beyond their identity on the pitch.

The former Barcelona coach says Laporta put unnecessary pressure on him before his dismissal in October last year.

Xavi’s takeover of the 59-year-old was part of a report that the club with financial problems will return to its roots inside and outside the stadium, as part of Laporta’s second as president of the club.

In an interview with Esport3, Koeman suggested that such an idea was ineffective and unaware of the emergence of football while defending his strategic decisions in charge of the Blaugrana.

“I’m in control of the game,” he said. “If you play with three midfielders in the middle, you can’t say it’s a defensive plan. With this system for three or four months, we have played the best games over the years.

“The most obvious example was the [2021 Copa del Rey] final against Athletic. Barcelona lives in the past, from 4-3-3 to Tiki-taka. The ball has changed. Now it is faster, more powerful.

“You can’t live in the past. If you have Xavi, Iniesta … and Messi, who take me in. This was very difficult to take.”

Koeman also expressed the burden lifted from his shoulders after his dismissal, especially within the context of leaving the Dutch national team to take on Barcelona during the financial and political crisis of the club.

With a move to Louis van Gaal from the Netherlands after this year’s World Cup, Koeman insists that life has not been difficult since his departure, but he has no regrets about returning to the Champions League winners.

“Leaving was a little liberating,” he said. “It was a difficult time for the team, without the president, and Laporta’s doubts about the coach.

“You want the coach to know that if you don’t win you have problems, I made an effort to leave the national team and if it happened again I would never regret it.

“As president, you can always have doubts but when you say it in public, everyone is skeptical. It has been a big mistake for him.”