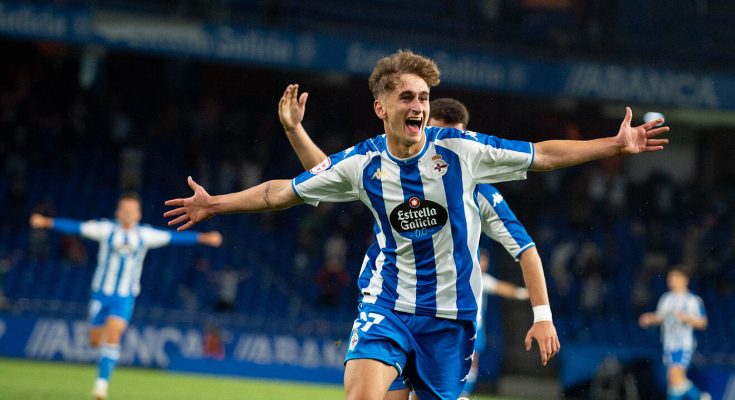 Deportivo La Coruna have confirmed that they have struck a deal to sell 19-year-old forward Noel Lopez to Real Madrid.

Noel has won the Deportivo senior team this season and completed the campaign by playing 28 games, the first 10 games, and four goals in the Spanish third division, and the young striker who has been seen as the outstanding talent of the Deportivo youth.

The club under the league tried to tie Noel to a big contract but could not sign, the player finally confirmed his desire to leave, and Real Madrid came in very quickly to sign the young striker.

“Noel Lopez has completed his coaching career at RC Deportivo to continue his role at Real Madrid,” read the club’s statement.

“By respecting the player’s will in the semi-final year of his amateur contract, both clubs have reached an agreement for the transfer of the footballer, in addition to agreeing on various issues depending on how the Galician striker’s career develops in the future.”

Real Madrid are expected to send Noel straight to Castilla but could be given minutes in the first team if Carlo Ancelotti loses most of his strikers.

Mariano Diaz reportedly asked for a transfer, and Luke Jovic and Borja Mayoral both wanted to leave, with Carlo Ancelotti left with Karim Benzema as the only senior striker in his squad. Castilla striker Juanmi Latasa has been nominated as a first-team option, and now Noel can be used with him.