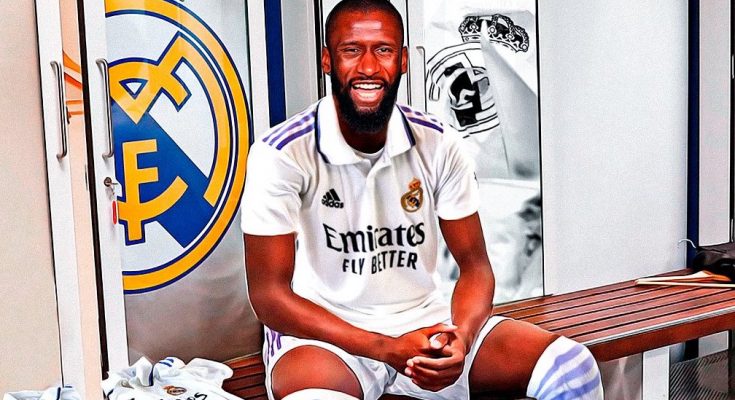 Real Madrid have announced the signing of Antonio Rudiger from Chelsea.  Thomas Tuchel has confirmed after Chelsea’s win over West Ham in April that Rudiger will be on track when his contract expires at the end of the season after rejecting a new contract.

Chelsea were unable to fulfill the promise they made to Antonio Rudiger at the time due to sanctions imposed on club owner Roman Abramovich by the United Kingdom government after Russia’s invasion of Ukraine.

Real Madrid have emerged as favorites to sign the wanted German defender, who has also been linked with players such as Barcelona, ​​Juventus, and Paris Saint-Germain.

Los Blancos on Thursday confirmed that the 29-year-old defender has agreed on a four-year contract.

“On Monday, June 20, at 12:00 in Real Madrid City, the event to introduce Antonio Rudiger as a new Real Madrid player will take place,” Madrid said on their official website.

Rudiger joined Chelsea from Rome in July 2017 and proved himself to be a key figure in the heart of the London club’s defense.

He played a key role in their Champions League victory in the 2020-21 season before lifting the FIFA Club World Cup and the UEFA Super Cup last year.

Rudiger was again the winner of the 2018 FA Cup and Chelsea were awarded the Europa League winners while on the team three years ago.

He joins a Madrid team that has won LaLiga and Champions League titles recently.