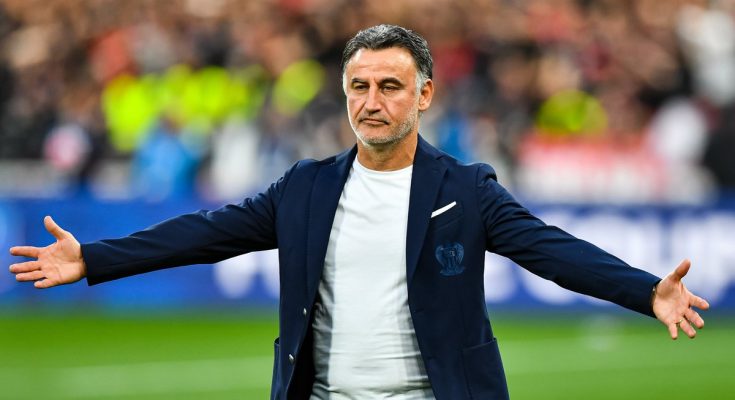 Paris Saint-Germain appears close to finalising the appointment of Christophe Galtier after Nice announced his departure, with former Borussia Dortmund boss Lucien Favre replacing him for a second spell at the club.

PSG have been expected to part with Mauricio Pochettino’s services since his surprise exit from the UEFA Champions League by Real Madrid in March, despite wrapping up his 10th Ligue 1 title last season.

Galtier, who beat PSG and won the title as Lille manager in 2020-21, came out on top after leading Nice to finishing fifth and final in the Coupe de France.

Speaking to Le Parisien last week, PSG president Nasser Al-Khelaifi confirmed the club’s interest in Galtier, saying: “We are talking to Nice, it is no secret. I hope we will get an agreement soon.”

That deal now looks imminent after Nice confirmed Galtier’s departure on Monday, stating that Favre will return to the club he led between 2016 and 2018.

“Christophe Galtier is no longer in charge of the first team at OGC Nice,” read a statement on the club’s website.

“This Monday morning, the re-start of the Aiglons will be led by Lucien Favre, his club proud to announce.

“His first game in the Cote d’Azur will go down in history. So when it comes to a future full of challenges, it is hard not to mix emotions and feelings.

“The joy that the red and black community experienced when they just talked about his name, for years now, shows amazingly the stickiness they feel about him.”

Favre led Nice to a third-place finish in the 2016-17 season, with Mario Balotelli scoring 15 goals in Ligue 1 as they closed the scoring in the Champions League, before moving to Dortmund in 2018.

Favre enjoyed a good start to his role at Dortmund, unbeaten in his first 15 league games, but failed to end Bayern Munich’s Bundesliga dominance, finishing second in his two full seasons before leaving in December 2020.