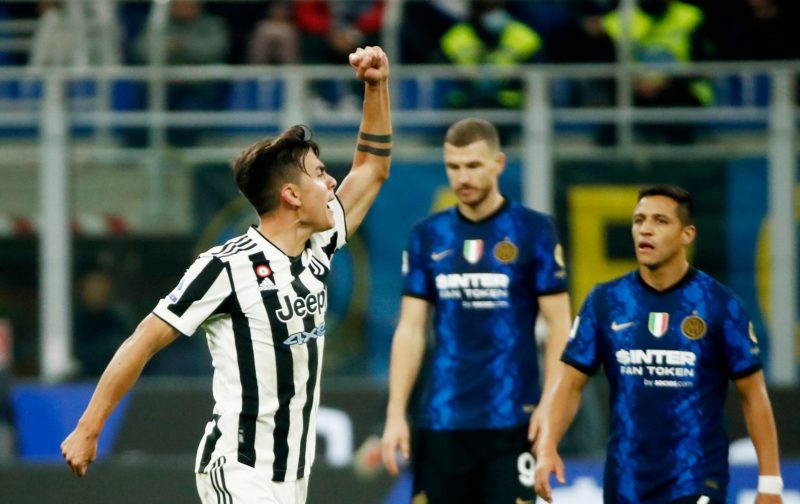 Paulo Dybala “must be seized” if there is an opportunity for Inter to sign the Juventus forward, according to former Nerazzurri striker Diego Milito.

The Argentina international, whose contract with the Bianconeri expires next week, has been linked with a move to Inter, with negotiations reportedly underway.

Simone Inzaghi is keen to strengthen his squad, having briefly handed over their Serie A title to arch-rivals Milan last season, while Romelu Lukaku is reportedly set to return on loan from Chelsea.

Dybala has scored 115 goals in 293 games in all of Juventus’ competitions, including 10 in the league last season, when he won five Scudetto, four Coppa Italia titles and reached the 2016-17 Champions League final.

And Milito, who won the treble with Inter in the 2009-10 campaign, insists his former club should not give up any chance of signing their teammates as they look to reclaim the home title next season.

“Everyone can use him,” the former striker told La Gazzetta dello Sport. “If the opportunity arises they should be arrested.

“You can be useful to a team that is already perfect.

“Dybala will be in the right team to start over. And he would not change leagues; he knows Serie A very well, he would not have suffered.

“The team and the fans will accept him, [and] his desire for revenge will make a difference.”