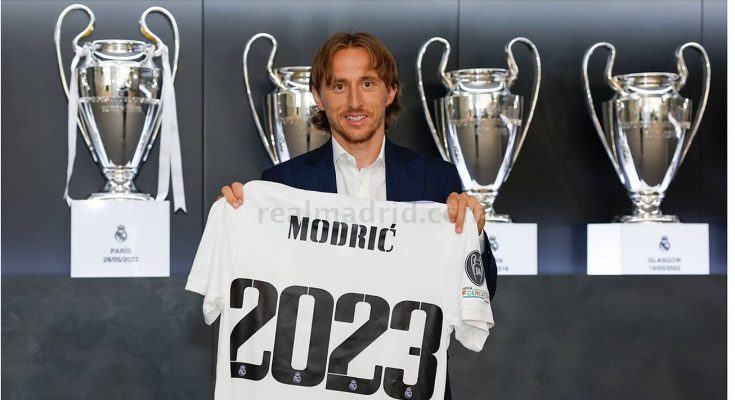 It’s official. Real Madrid have this Wednesday afternoon confirmed that Luka Modric has renewed his contract at the Estadio Santiago Bernabeu.

The club and the player, as Marca reports, have agreed to extend the player’s contract until June 30, 2023.

In confirming Modric’s new contract, Real Madrid are continuing to build their squad for the 2022/23 season, where they will try to defend their Spanish and European champions status.

Following the official confirmation of Antonio Rudiger’s capture and the completion of the signing of Aurelien Tchoumeni, Real Madrid have taken another step toward finalizing the squad to work under Carlo Ancelotti next season.

As of November 2021, Los Blancos hopes to extend Luka Modric’s contract by another year. Now, they have done the job, and Croatia are tied for next season.