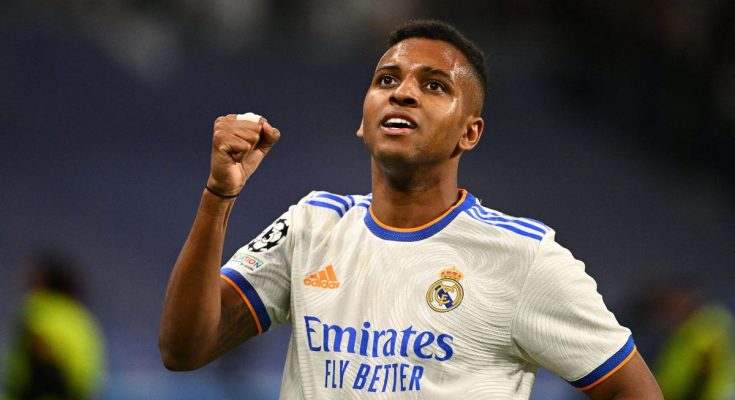 Selecao are looking to win their first World Cup title in 20 years in Qatar, where the impressive striker is expected to include Neymar, as well as two Real Madrid players Rodrygo and Vinicius Junior.

Neymar has already indicated that the 2022 tournament may be the last one and seems to have conveyed that message to his countrymen, and Rodrygo is clearly in contention for a number 10 shirt.

“Neymar said to me ‘I have already left the national team and 10 are yours’,” he told Podpah.

“I knew exactly what to say to him, I was embarrassed, I giggled and I didn’t know what to say.

“I told him he had to play another one, that I don’t want [him] to do that now. He just laughed.”

Neymar is the latest in a long line of stars to adorn Brazil’s iconic shirt, following in the footsteps of the likes of Zico, Rivaldo, Ronaldinho and Pele – with just three goals left to seal his national team goalscoring record.

Rodrygo, who has played five games, has been widely expected, and the 21-year-old has revealed that Zinedine Zidane has nominated him to become the world’s best player.

“Zidane said one day I will be the best player in the world,” he added.

“Carlo Ancelotti also talked about me. I try to train and improve every day to get there. I was very happy.

“I have this dream and I know that if I give myself every day, I can get there.”

Brazil will open their World Cup campaign on November 24 against Serbia, Switzerland and Cameroon in Group G.