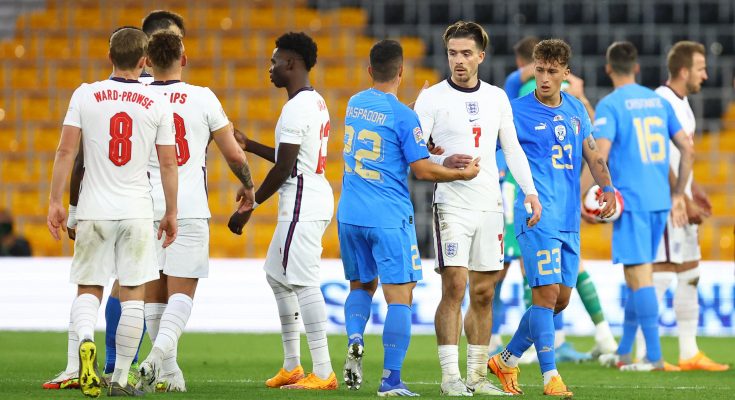 Mason Mount insisted England have to improve in front of goal following their 0-0 draw at home to Italy in the UEFA Nations League on Saturday.

England sit bottom of Group 3 after a goalless draw on Saturday at Molineux Stadium, played closed down after a series of fans’ troubles in the Euro 2020 final between the two teams.

One goal for the Three Lions in the first three games came from a penalty kick, while Harry Kane turned their game around and ended up drawing 1-1 with Germany.

According to Mount, the creation of opportunities will be a matter beyond their control but England will still be able to make good use of it after the second draw in three games.

“It’s annoying,” he told Channel 4 after the game. “Obviously we want to win, we want to create chances and score goals. I probably should have done better with my chance, we had a few more chances, so that’s something we have to look at.

“We created opportunities but we had to do better with them, we keep the points clean so it is a good thing but we have to keep working on it.

“We got chances today and we should have scored, but sometimes you go through a little bit of hard work. The only thing we can do is keep working hard in training, stay focused, and focus on where we can improve. Players do that, talent and quality, just work on it.”

Playing heavily on the three strikers in Chelsea’s Thomas Tuchel’s 3-4-3, Mount seems to have gained more international level as a regular number 10.

Despite being placed in the same position at the club level with their first defeat in Hungary, England manager Gareth Southgate bounced back from a 4-2-3-1, in which the 23-year-old revealed he was more comfortable with the team with no result.

“I was in 10th place so it gave me the freedom to roam and find spaces, trying to connect the attacking midfielder to the attacking boys,” he said afterwards.

“I found myself in the shooting range a few times but I did not do well enough for my ball and it was much easier than the goalkeepers. It’s hard to take it because I feel we could have gone out with something.

“We want to win every game, whether it’s a friendly. We’ve looked at the last two games, we felt confident in what we were doing but it’s tough.”