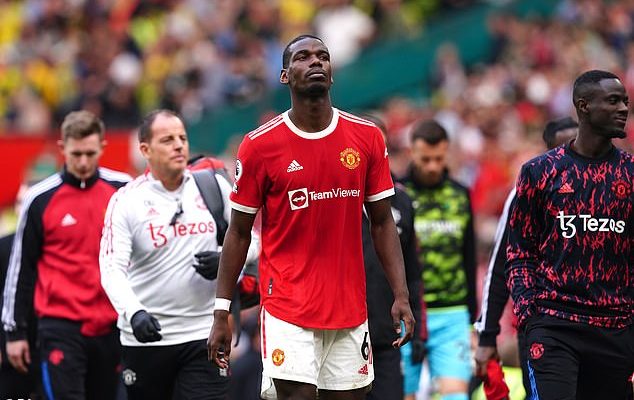 It was an open secret, but it is now official. Manchester United have announced that Paul Pogba will be leaving for a second term. After re-signing for 90 million euros in 2016, Pogba will once again be on the Bosman market.

“The club can announce that Paul Pogba will leave Manchester United at the end of June, if his contract expires,” the club read in a statement.

The Frenchman is finishing his second season with the Red Devils. After moving to Juventus for the first time in 2012, he returned in 2016 and has remained at the club until now, when he will also leave Old Trafford in 2022.

Last season he suffered from a physical ailment, the 29-year-old has only played 27 games.

“Everyone on the team would like to congratulate Paul on his successful career and thank him for his contributions to Manchester United,” the statement said.

“We wish him all the best for the next steps in this amazing journey.”

Pogba will soon move on to the summer transfer window. If all goes according to plan, Juventus will be the place for the midfielder.

Communication between the player and the Italian team has already begun in the past.

According to media reports, his move to Juventus Stadium is already in full swing.