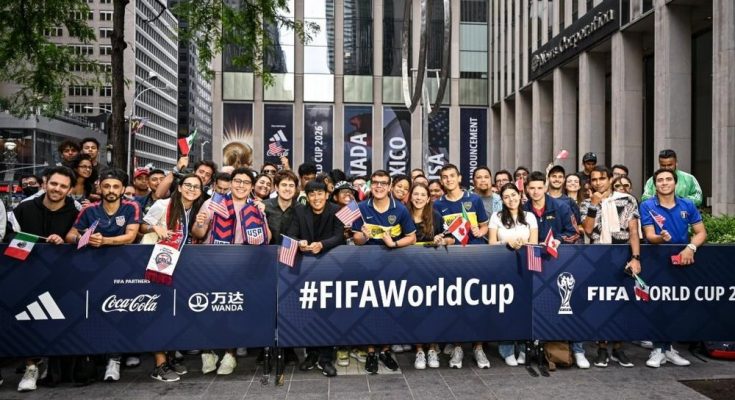 The venues for the 2026 World Cup were announced on Thursday, with 16 host cities spread across the United States, Canada and Mexico.

It will also be the first World Cup to feature 48 teams, and the three countries are expected to host their respective leagues.

Guadalajara, Monterrey, and Mexico City were the only Mexican cities to receive this right, while Toronto and Vancouver will host all the games assigned to Canada.

In a statement from FIFA president Gianni Infantino, he said: “Congratulations to the 16 cities that will host the FIFA World Cup for their commitment and incredible love.

“Today is a historic day – for everyone in those cities and regions, FIFA, Canada, USA, and Mexico who will be playing the biggest show in the World.

“We look forward to working with them to bring the unprecedented FIFA World Cup and change the game as we strive to make football around the world.”