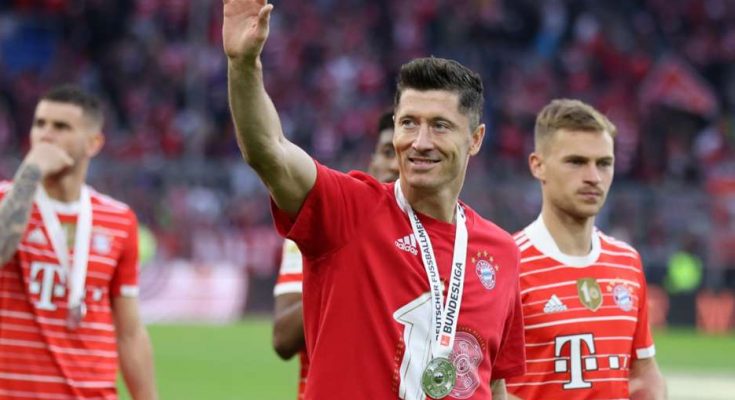 Robert Lewandowski and Bayern Munich have gone from being an exemplary, well-married couple to being in the midst of an angry divorce.

The Poland international wants to end his relationship and head to Barcelona and Camp Nou, with the Bavarian club unwilling to let him leave.

Recent evidence of their difficult battle is that the international player is refusing, as a means of pressure, to do pre-season with the German team, according to Sport1.

The veteran, who turns 34 in August, has made it clear he wants to break his contract with Bayern despite having a contract until June 2023.

His recent comments, while training with his national team, leave no room for doubt.

“My time at Bayern is over. I don’t see an opportunity to continue my career there,” Lewandowski said.

“The best solution is to get out. I hope they don’t keep me.”

He pushes hard for relief, but his current team is unwilling to make it easy for him.

“We have been saying that Robert Lewandowski has a contract until June 30, 2023. And the contract is a contract!” remarked German party president Herbert Hainer over the weekend.

As further evidence of his refusal to stay in touch with Bayern, Lewandowski, according to Sport1, has decided not to take part in pre-season coaching with the German team, which starts in the second week of July.

He believes he is out and wants to push the movement further, which has been applauded by Camp Nou.

They believe it clearly shows his desire to play for Barcelona again because this attitude could lower the price of his departure from Munich.

Lewandowski is Barcelona’s biggest ambition for the 2022/23 season and the Catalan club have openly acknowledged that Pole is their main target and are weighing letters to close his signing.