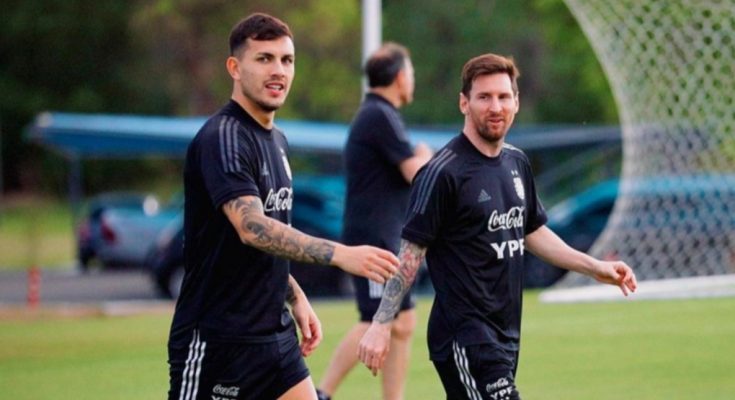 Over the years, Lionel Messi’s attitude on the field has changed, he makes his presence felt on the field, not only because of his style of play, but also of the way he deals with his rivals, and Leandro Paredes suffered an angry Messi.

Lionel Messi is one of the best players in the history of football. Wherever he goes, he makes a difference, and his style of play highlights him. This Argentine player is not only famous for the way he plays but also for the way he is. He is often portrayed as kind and peaceful.

His method has long been criticized by fans of his country. The Argentine people wanted Messi to have a character like Diego Maradona, but you can’t force someone to stop being the way he is. Over the years, however, Lionel Messi’s attitude on the field has changed.

He started out as a fighter, started fighting for the ball, and started arguing a lot with his opponents. He is no longer the young man who endured the humiliating kicking of his opponents. Now Messi made his presence on the field, not only because of his style of play but also because of the way he dealt with rivals, and Leandro Paredes suffered at the hands of an angry Messi.

PSG visits Barcelona at the Camp Nou Stadium for the 16th round of the 2020-2021 UEFA UEFA Champions League. Lionel Messi was still playing for the Cules, and Paredes was a PSG player. The French team beat Barcelona 4-1, Paredes commented to his team-mates, but something happened that he never wanted to happen. Lionel Messi overheard her and responded angrily.

Paredes told Caja Negra that he had won the Ballon d’Or seven times during the UCL tournament, saying: He was very angry. He yelled at me. It was bad. He wanted to kill me and I wanted to go home ”.

But any hatred was quickly put on one side, and Lionel Messi has apparently forgotten the controversy that ensued the next time the two went to play Argentina. Paredes continued: “After that, I saw him in the national team, and he pretended that nothing had happened. He showed me what he was like as a person. Relationships continue as they are. Now when the conversation started, we talked about it and laughed, but he was really angry at the time – he wanted to kill me! “