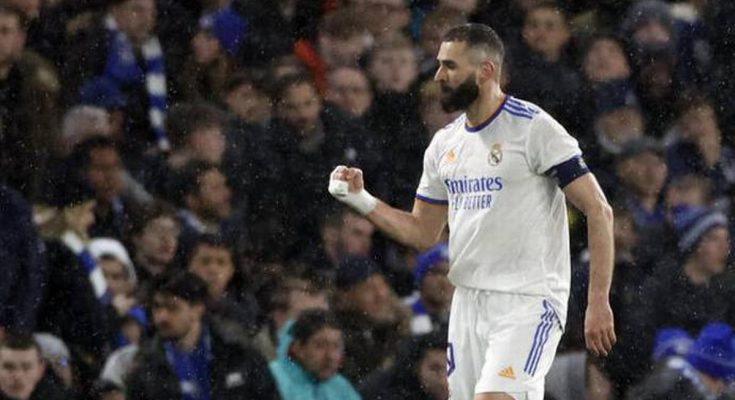 A stellar season with Madrid has made Benzema one of the favourites for the accolade. He scored 44 goals and supplied 15 assists in 46 games in all competitions, helping Los Blancos win LaLiga, the Champions League and the Supercopa de Espana.

The 34-year-old scored a joint-record 10 goals in the knockout stages of the UEFA Champions League, earning the competition’s Player of the Season award.

Luka Modric is the only player other than Cristiano Ronaldo and Lionel Messi to have won the Ballon d’Or since 2008, but Roberto Carlos thinks now is Benzema’s time.

“We hope that this year it can be given to him because he has had a great season and we are all eager for Karim to win the Ballon d’Or for what he has done on the pitch,” he told Stats Perform ahead of his participation in Sunday’s Soccer Aid match.

“He has scored goals, he is a leader and captain of Real Madrid, and it is time for him to win the Ballon d’Or.”

Madrid had been linked with a move for Benfica striker Darwin Nunez, but the Uruguayan is reportedly set for a €100million switch to Liverpool.

“I think Benzema has done so many things for Real Madrid that today everyone wants a striker like him. Darwin has shown in Portugal to be a great striker and I wish him the best if he ends up at Liverpool,” said Roberto Carlos.

Madrid’s success against Liverpool in Paris made Carlo Ancelotti the first coach to win the Champions League on four separate occasions.

He has now won 23 titles during his coaching career and Roberto Carlos anticipates there will be more in the 2022-23 campaign.

“The coach is fantastic, he’s fantastic. That is why he has won so many Champions Leagues and so many leagues,” said Roberto Carlos.

“He is an amazing person. Real Madrid has had a great season in LaLiga, the Supercopa and the Champions League. Now they have to rest to have the same titles next season as this year.”