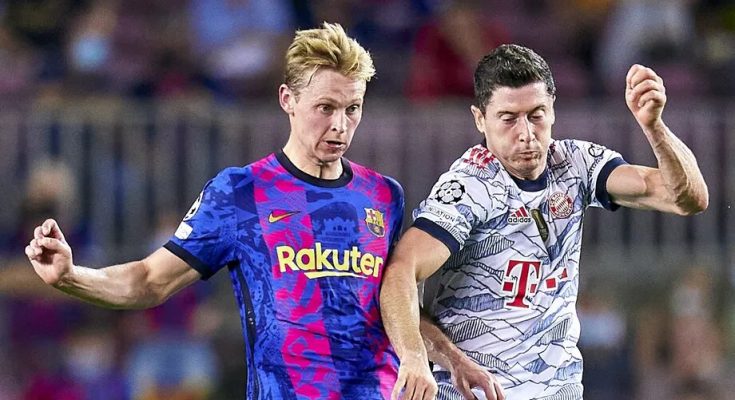 Frenkie de Jong has said he’d like to play alongside Robert Lewandowski amid speculation the Bayern Munich man will move to the Camp Nou this summer.

The midfielder made the remarks after playing for the Netherlands against Poland in the UEFA Nations League at the weekend.

De Jong was then asked by TVP Sport about the duo’s interview and whether he had invited Lewandowski to move to Barcelona.

“He is an amazing player, one of the best players in the world. It comes from him! ” he said.

De Jong then added: “Yes, I would like to have him in my team!”

The Dutchman’s comments come amid growing speculation that he may leave Barcelona for Manchester United.

De Jong previously said he wanted to stay but rumors suggest he may be convinced the move is the best option.

This week promises to be great for Barca. The club will vote for two “financial players” on Thursday which could go a long way in deciding whether Lewandowski and De Jong are in Barca next season.