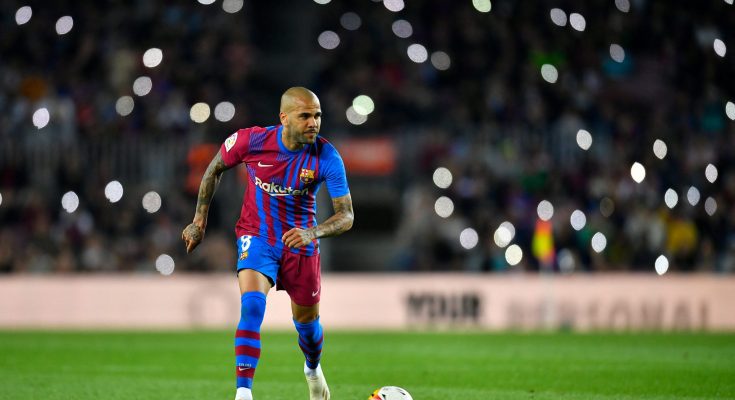 As reported by SPORT, Barcelona have decided not to extend the contract of veteran defender Dani Alves and have informed the Brazilian that he will not stay at the club beyond this month.

Alves returned to Barcelona in November 2021, five years after leaving the club as a free agent. Signed to Bosman’s contract after the end of his contract with Sao Paulo, the 39-year-old had to wait until January to play for the second time in the team.

The right-back played a key role in the team finishing second in La Liga, playing 16 games in which he scored one goal and three assistants.

Alves had signed a temporary contract until the end of June. There have been talks about Barcelona giving the star veteran until December 2022 to help the Brazilians stay in shape and prepare for the FIFA World Cup in Qatar.

However, according to a recent update, that plan is no longer available as Blaugrana has decided not to extend his contract beyond June.

The decision stems from the club’s inability to release Sergino Dest, who looks set to remain at Camp Nou over the summer. At the same time, Barça are aiming to sign Chelsea’s Cesar Azpilicueta to add more depth to the right back.

Also, with Sergi Roberto’s contract also extended, Barcelona believes they have enough options in the right-back position, as they hope to reach Azpilicueta. The financial position of the party also played a role in this decision.

Alves was determined to stay at Camp Nou for another year and wanted to hold another interview with manager Xavi Hernandez about the situation. However, it looks like a decision has been made and the 39-year-old’s second title will soon expire.