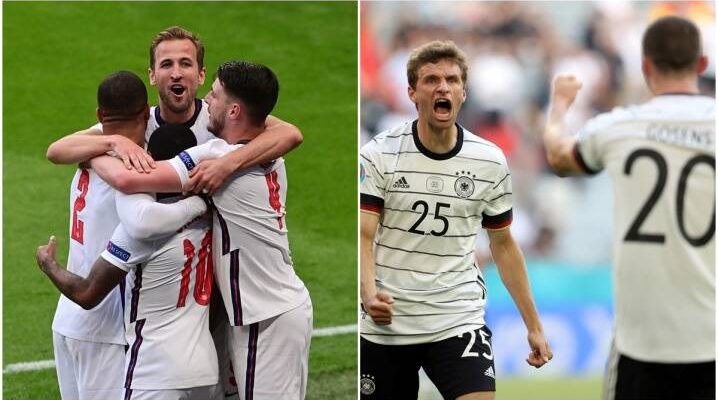 England will have Marc Guehi available for Tuesday night’s UEFA Nations League clash with Germany, while Raheem Sterling is expected to return to the starting line-up.

Guehi suffered an ankle injury at the end of the club’s season with Crystal Palace and was unprepared for the first Saturday’s win over Hungary, with Sterling holding an unused replacement in a pre-season suspension.

There was also good news of injuries to defensive duo James Justin and Fikayo Tomori, although they will not be seen facing the Germans in Munich.

Justin was forced out of the break for his first international game against Hungary when Tomori, like Guehi, arrived at the camp with a hamstring injury after a good season helping AC Milan win Serie A.

“James will not be well tomorrow but we hope he can come back if not in the next game and then the next,” said Gareth Southgate.

“Marc as we have checked him should be here tomorrow but I think [and] Fik might give him some time. He has improved very well, maybe we can put him in the team but because of the muscle injury, we will give you a long time.

Elsewhere, Phil Foden has not left, he did not go to Germany after being diagnosed with Covid last week.

John Stones is expected to start midfield back after stepping down against Hungary, with Kieran Trippier replacing Justin and Reece James should get a chance on the other side.

Kalvin Phillips could enter the middle of the pitch, while Buka Saka and Jack Grealish will compete to join Sterling and Harry Kane in the attack after promoting the cameos in Budapest.