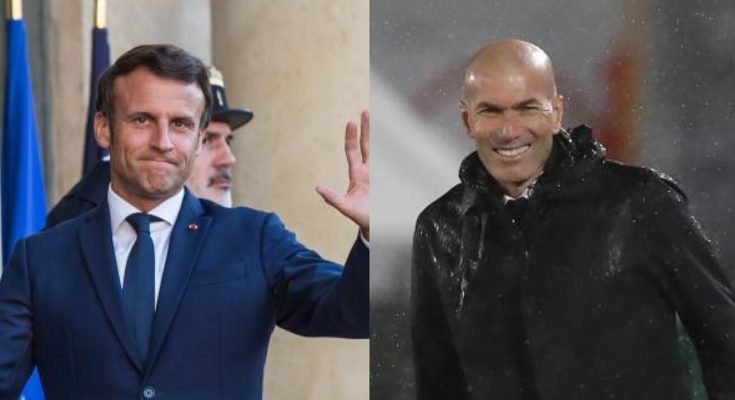 His comments came amid rumors that Paris Saint-Germain were interested in appointing Zinedine Zidane to take over from Mauricio Pochettino this summer despite a recent contract until 2023.

“No, I haven’t talked to [Zinedine Zidane] yet, but I highly recommend him, as a player and coach,” Macron told RMC Sport on Wednesday.

“He has won three UEFA Champions League titles with Real Madrid and that is what we want in our teams, I want him to come back and lift France.

“I hope, with the impact on the French and French leagues 1, that [Zinedine Zidane] will return to coach a great French club, it would be great.

“My role is to say that France is a great nation in sports and football, there are great people who love the game, it is important for us to have the best players we have trained, who have excelled at the international level. back. ”

However, French media have identified Nice coach Christophe Galtier as a possible replacement for Mauricio Pochettino.

Meanwhile, Emmanuel Macron has admitted a few days ago advising Mbappe to continue renewing his contract with PSG amid Real Madrid’s interest.

“I have spoken to Mbappe to advise him to stay,” said Macron.

“My role is to protect the country.”