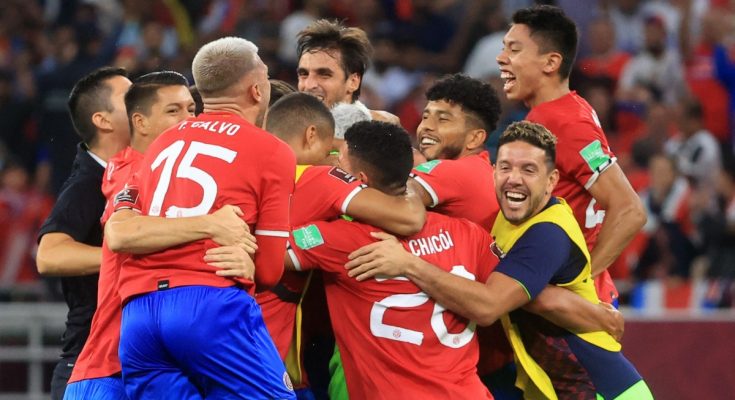 Costa Rica were outplayed by New Zealand in their inter-confederation World Cup play-off on Tuesday but clung on to a 1-0 advantage to reach Qatar 2022.

In a game that will take every winner between the fourth-place CONCACAF qualifiers and the OFC winners, Joel Campbell scored a crucial goal just three minutes later.

The Arsenal striker went between the two New Zealand defenders and scored for the first time past Oli Sail.

Rather than fixing Costa Rica’s direct victory, however, that goal preceded the ongoing effort to get back on the wall as the All Whites ruled.

Chris Wood thought he had scored a valuable equalizer near the end of the first half, only a VAR review to see the error at the start of the move.

And another video transfer in the second half saw acting Kosta Barbarouses toss Francisco Calvo up from the yellow card to red, leaving New Zealand and a mountain to climb.

They continued to dominate the tournament but failed to beat the level that would deny Costa Rica their place in Qatar, joining Spain, Japan and Germany in Group E.

Los Ticos – who will play their sixth and third World Cup respectively – begin their campaign against Spain in Doha on November 23.