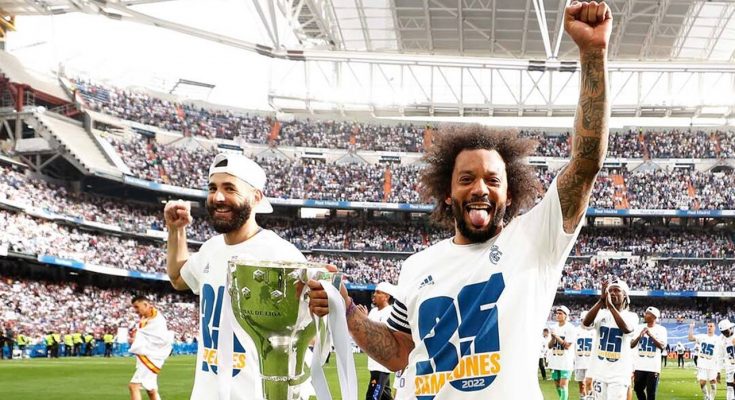 Brazil legend Roberto Carlos has hailed compatriot Marcelo as the “best left-back of all time”.

Marcelo will leave Real Madrid later this month, spending 15 years in the Spanish capital, making him the most decorated player in Los Blancos.

While playing a limited role in his final season under Carlo Ancelotti, Marcelo lifted the LaLiga title and won the UEFA Champions League, taking his 25th title with Madrid.

The 34-year-old was brought in to replace Roberto Carlos when he left Madrid in 2007, and the Brazilian has praised his countryman.

“Marcelo, in my opinion, has been the best left-back ever. You know, I’ve talked to him many times,” the 49-year-old told the media.

“It is a shame he has left Madrid. He has not finished his career. He is still pursuing his career as a footballer. He is four or five years older.

“We in Madrid are very grateful for the trophies, 25 trophies. He easily defeated me. I saw him grow up in Real Madrid, he arrived there at the age of 17.

“These days there are a lot of questions about who was better, Roberto Carlos or Marcelo, but there is no conflict between me and Marcelo, as he is like my son.

“I know you have a good story with Real Madrid. To me it’s like I win with him.

“I wish him the best of luck and thank him very much for everything and that he continues to be an idol, for example something that happened.”