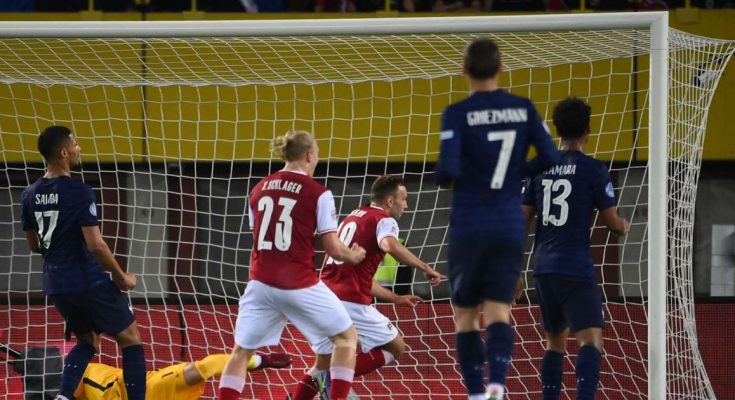 France slipped to the bottom of their UEFA Nations League group with an underwhelming 1-1 draw away to Austria in Vienna on Friday.

The champions have only two points from three Group A1 games, losing to Denmark and drawing 1-1 with Croatia in their first two matches.

It could have been worse for Les Blues at the Ernst Happel Stadion as they followed Andreas Weimann in the 37th minute until substitute Kylian Mbappe equalized late.

With three games left, Didier Deschamps’ side are four points behind Denmark and two behind Austria and Croatia, with one team advancing to the finals next year.

Patrick Pentz made a good save to keep Karim Benzema from entering the first 17 minutes, but France were frustrated by Austria in the first half.

Investigators found success when Konrad Laimer was played by Mark Arnautovic and selected Weimann to complete six yards out.

Arnautovic almost doubled the Austrian lead before the break after swinging William Saliba and getting a long shot, Hugo Lloris pulled it well into the final.

Benjamin Pavard had a long-range effort saved by Pentz and Kingsley Coman on fire as France’s inevitable attack came early in the second half.

France seemed to be losing their power until Mbappe, who came on in the second half after recovering from an injury, connected with Christopher Nkunku and fired home into the net.

Mbappe would have snatched the winner too late in the last few minutes had it not been for Pentz’s high point to push his strike into the goal line from each other.