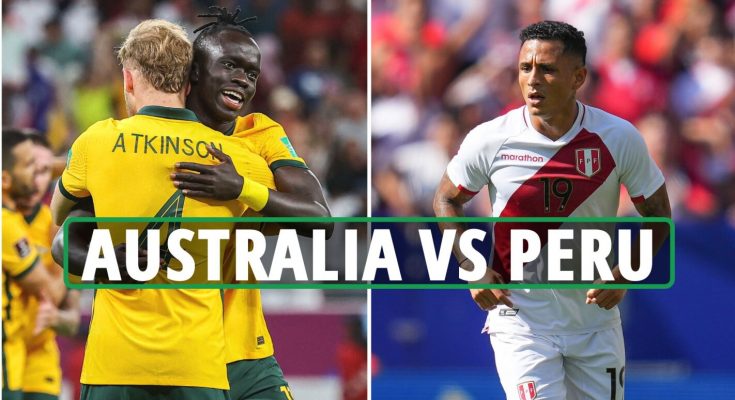 Australia and Peru will face each other Al Rayyan Stadium for the Qatar 2022 World Cup Playoffs. The winner of this match will qualify for the World Cup and will join France, Denmark and Tunisia in Group D. Check out the probable lineups for this decisive game.

Australia and Peru will face Al Rayyan Stadium in the Qatar 2022 World Cup Playoffs. The winner of the match which will be played on Sunday, June 13, will enter the World Cup and will meet France, Denmark, and Tunisia in Group D.

Australia defeated Saudi Arabia 2-1 to reach the playoffs and continue dreaming of playing in the Qatar 2022 World Cup. The star of the team is Ajdin Hrustic, the striker of Eintracht Frankfurt, who recently won the UEFA Europa League. The Australian team reached this stage after finishing the final stage of the AFC Qualifiers in third place in Group B, where they scored 15 points.

Peru, on the other hand, finished in fifth place at the top of Conmebol and will therefore play Australia to win. Ricardo Gareca’s side will be looking to play in the sixth World Cup in history and for the second time in a row. La Blanquirroja will play again after defeating New Zealand 1-0 in an international friendly. Indeed, Peru qualified for the Russia 2018 World Cup after defeating New Zealand 2-0 on aggregate in the playoffs.