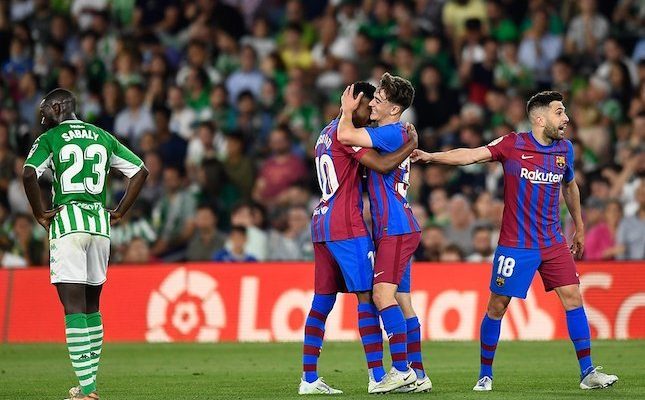 Jordi Alba waited until the 94th minute on Saturday for a 2-1 win over Real Betis and Barcelona in the Champions League next season.

The Blaugrana need all three points against fifth-placed Betis to secure a top-four finish and look set to be frustrated after Marc Bartra withdrew from Ansu Fati’s first game.

But Alba dropped an annoying volley on the roof of the Betis net with almost one last kick to achieve Barca’s goal with three games to go.

The result was a bad one for Betis, who missed out on a chance to finish LaLiga twice at Barca, yet there was no dispute about the quality of the deciding goal.

Alba’s strike was the opposite of two previous attempts, with Fati and Bartra each needing plenty of luck to finally get the best of the two goalkeepers.

Juanmi fired twice close to Neto in the second half, the first of which was a good chance on a volley from Rodriguez.

However, Betis’ goal was under pressure even before Fati’s first hit since returning from injury, as Silva bravely blocked Ferran Torres but bounced off a bad footer from Barca’s No. 10 throw.

Bartra was one of three defenders close to Fati as the gun went inside, and his response was like a scruffy, head slap over his shoulder avoiding Neto.

Another header from Pezzella then hit Neto but also this post, which he had instead came from the other side with Alba’s volley from Dani Alves.