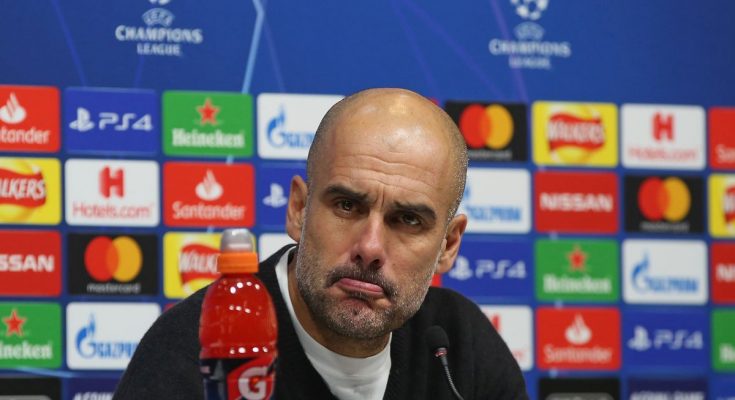 Pep Guardiola says he has not spoken to his players since their defeat in the UEFA Champions League semi-final against Real Madrid, as he has admitted he has nothing to say to alleviate the embarrassment of the painful defeat.

Riyad Mahrez’s goal looked to secure a place in the second consecutive European final until Rodrygo doubled his lead in extra time when a Karim Benzema penalty sent the Spanish giants to face Liverpool in Paris.

Pep Guardiola now has to pick his team ahead of Sunday’s game against Newcastle United, which is another important game in our quest to lift the Premier League title.

And, although the manager admits there is nothing he can say to comfort his players, he says he will remind them how well they did this season before the Magpies’ visit to the Etihad Stadium.

“We did not speak,” he said at a press conference before the game.

“There are no words to describe what we all hear. It’s just a matter of time, sleep well and think about the next target.

“Tomorrow will be the first day we are together and we will talk about who we are as a team, what we did in the semi-finals.

“How good we were not only in these two games but all season and trying to do it in the last few weeks.

“Perhaps one of the times as a manager I am very proud to be in this team and organization until the last day we are here to do everything together.

“We have recovered. We will be better tomorrow. It’s football, we accept it.

“We have a big challenge – especially this week. We have the Premier League season in our hands. ”

Guardiola also said Wednesday’s result will always be fresh in the minds of his players as they head to the stadium against Newcastle.

However, the City manager has no doubt that his players will be ready to play at the Etihad Stadium and believes that remembering that difficult defeat will help his team in the future.

“They shouldn’t forget, how can they forget?” he added.

“We will play Newcastle thinking about it. Definitely. I know the players in the gym, the meetings, the warmth of how determined they are, I don’t know.

“89 minutes, 0-1, they were close, Real Madrid have done it for many years, they have this historical belief.

“We could have been better but it is not easy. The momentum, the conditions, because we are playing against Real Madrid.

“It could be next season against Barcelona. Hopefully, we will be there, and Bayern Munich will be there. We have to prove it again there.

“I will not tell them to forget. However, I am in Tottenham, with Raheem one inch away from scoring a goal against Ajax, still there.

“I would not judge the players, they have to judge themselves but my opinion of them does not change because I know how difficult it is [to be in the final].”