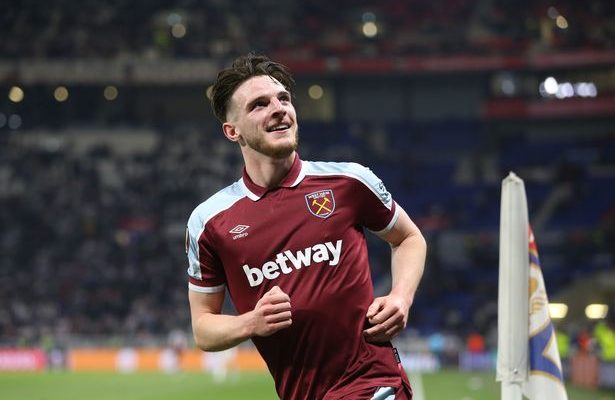 Manchester United are reportedly in the process of signing West Ham midfielder and England international Declan Rice in the next transfer window.

Rice, 23, emerged as one of England’s youngest talents after being released from Chelsea in 2014.

He is expected to pay more than £ 100million for Jack Grealish to be signed by Manchester City with a British record – but United could not get into a bid.

ESPN reports that United will not face competition from other Premier League clubs in pursuit of Rice.

Sources are said to have been intent on making Rice a “modern version of Paul Ince”, who helped revive manager Alex Ferguson’s arrival on his arrival from West Ham in 1989.

The city is said to be using its facilities in Erling Haaland; Chelsea are frustrated by their ownership status and the need to replace Antonio Rudiger, Andreas Christensen, and Romelu Lukaku; and Liverpool would like to wait for Jude Bellingham of Borussia Dortmund at a cheaper price.

Despite the lack of tenders to raise Rice prices, West Ham are reportedly strong in their £ 100m-plus count.