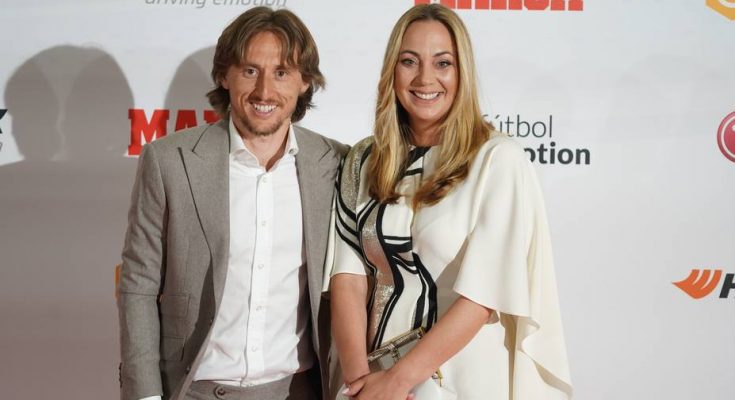 Luka Modric was also grateful and occasionally expressed his feelings for the fame in which he was awarded the MARCA Leyenda, placing him on a par with the biggest symbols in the history of world sports.

The Croatian international has played a number of major roles with Real Madrid in recent years, especially with various returns from the UEFA Champions League exit this season.

“The hardest part was the one we were facing Manchester City because it was almost over, but the team and the fans believed until the end because it was part of the club’s genetics,” said Modric.

“Finally we did it. The most exciting thing was the PSG game; it was 15 or 20 minutes crazy because it is very difficult to explain what happened on the night of the UEFA Champions League at the Bernabeu.

“It was the beginning of a very magical night that took us to Paris, and I hope we can win another UEFA Champions League.”

Luka Modric is a very loved figure in Real Madrid having won so much with Los Blancos.

“I know how much the fans love me, they show it to me in sports, on the road. It’s amazing, I appreciate the love they show me every day. I always try to give my best when I wear a Madrid shirt to reciprocate that love,” Modric said.

“Real Madrid is everything, it is my home, I feel very happy in this club, from the first minute it has been amazing. I feel part of Real Madrid, I am one of the Madridistas and that’s for life.”

“My family is also very happy, so I hope to continue for many years and hopefully finish my work here.”

After receiving the award, Modric admitted that he was happy to receive his honor despite staying focused on the team.

“I want to thank MACA for this award. It is a privilege to receive an award from important media not only in Spain but around the world,” Modric said.

“It is a great privilege to be with such great athletes and women. I would like to thank my family and those around me, the colleagues and coaches I have had all these years.

“I have always said that I prefer the combined titles to one, but the truth is that I am very happy with this award.

Modric left the advice to the children present: “When you are young, the most important thing is to have fun and enjoy yourself.

“Then you have to follow your dreams, rely on yourself and work every day because being a footballer is very difficult, but very good. And if you can play for Madrid one day, it is the best thing that can happen to you.”