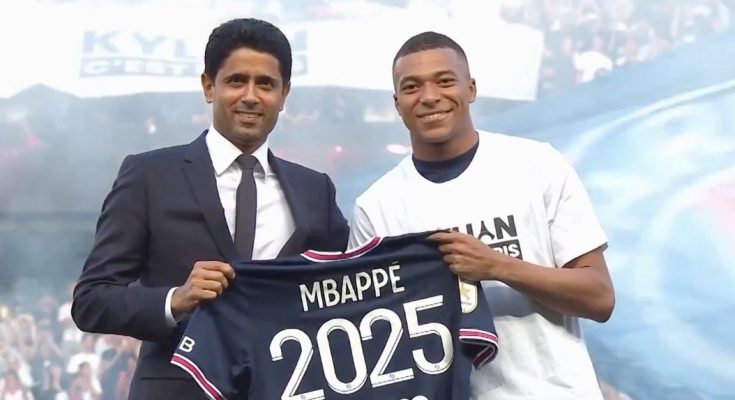 Kylian Mbappe has revealed that he stayed in Paris Saint-Germain for good reason and because “the project has changed”.

Kylian Mbappe was expected to join Real Madrid as a free agent but skipped LaLiga champions to stay at PSG.

The 23-year-old striker’s new three-year contract was confirmed before the Ligue 1 champions’ 5-0 win over Metz on Saturday and he celebrated with a hat-trick.

Kylian Mbappe finished the campaign as the first player in the Ligue 1 season to be the top scorer, with 18, and 17 leading assistants since the awards were first released by LFP in 2007-08.

Reports of Mbappe’s contract have changed, although the usual suggestion was that the Frenchman be given more power at the club.

Other reports have also suggested that Mbappe will be able to become a sporting director, and will be given the power to regulate possible transfers and appoint coaches.

But Mbappe said during a news conference on Monday: “Leaving my country like that, there is this bitter side. And the project has changed.

“The team has changed a lot of things and I think my story is not over yet.”

Asked if he had more power, he said: “I am always a footballer, still standing in the group.

“I’m always a footballer and I will never get over this job.”

Mbappe also has a voice in Madrid fans, thanking him for accepting him as “one of them”, or having scored two goals against Los Blancos in the Champions League this season.

“I want to thank them, they have always accepted me as one of them,” he said.