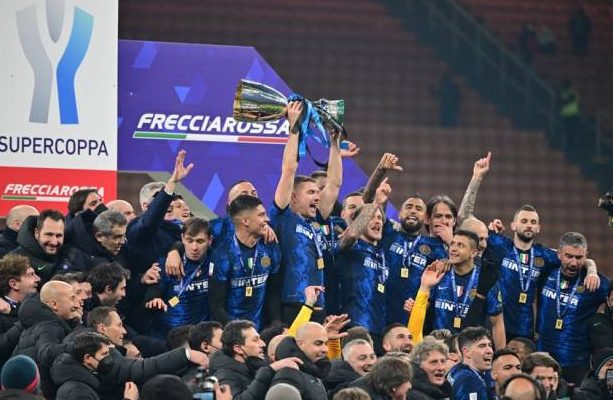 Inter beat Juventus 4-2 to win the Coppa Italia on Wednesday night in a thrilling topsy-turvy match, where Ivan Perisic’s extra-time brace reached the final of the Stadio Olimpico.

The Nerazzurri got off to a good start when Nicolo Barella put out a fierce effort out of the box to beat Mattia Perin and put the Nerazzurri ahead just seven minutes later.

Juventus pushed for an equalizer, but Samir Handanovic rejected Paulo Dybala midway through the first half. Matthijs de Ligt failed to hit the Inter goalkeeper out of the corner and the Argentine striker sent the ball out following another dead ball.

The Old Lady hit something high in the second half and they managed to change the game in three minutes. Alex Sandro scored the equalizer in the 50th minute and Dusan Vlahovic hit a high goal into the net next to Juventus.

It was Inter time to push the level, but Matteo Darmian failed to beat Perin one minute later. The Nerazzurri held the ball but struggled to make it to the third quarter.

Juventus defended well until the 79th minute when Leonardo Bonucci dropped Lautaro Martinez in the Old Lady box. Hakan Calhanoglu raised and sent the ball to the top right with a fierce effort from the field to send the game into extra time.

Then in the ninth minute of extra time, Inter were given another point. In this case, Perisic went up and directed the ball to the top corner. After that, the same player scored an amazing goal a few minutes later, throwing the ball and hitting the left corner in the top corner to close the Coppa Italia on his side.