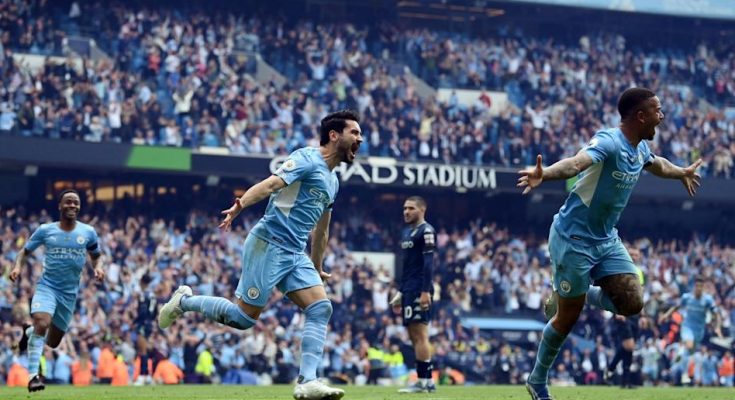 Manchester City midfielder Ilkay Gundogan said it was “his conclusion” to bring in a double fire to win his Premier League title on the final day of the season.

That result ensured they successfully defended their top-flight crown, knocking down rivals Liverpool by one point to make them four league titles in the last five seasons under Guardiola.

As he was placed on the bench at the start of the game, Gundogan’s introduction helped solidify form change, and he suggests that his key intervention may be the end.

“But I was twice in the right place and I managed to score. I had no choice but to feel it.

“We had 20 minutes left to play, we were beaten 2-0 so all I wanted to do was try to get into the box and smell the danger.

“The first goal, a header, I didn’t know [Raheem Sterling] was going to cross the line.

“I felt like an accident could be on the second goal and the ball was perfect to be honest. I had to put my head in it.

“The third goal, we all know the level of Kevin [De Bruyne], hitting the ball on the second goal.

“So, for me, time was of the essence and he was waiting for when he would play football, run and try to stay on the sidelines. Time was running out!”