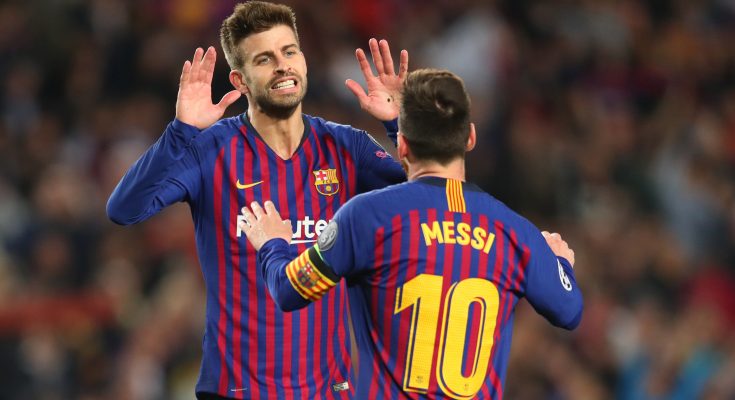 Gerard Pique was left in tears following Lionel Messi’s departure from Barcelona, ​​but the defender says he understands why his former team-mate joined Paris Saint-Germain.

Messi’s 21-year association with Barcelona, ​​16 of which he spent as part of a big club, ended last August when he signed for PSG as a free agent.

The Argentine has won every trophy for Barca and went on to become the team’s all-time leading scorer with 672 goals in 778 games.

Last year’s departure was particularly shocking at the time, as the financial situation of these Catalan giants meant they could not keep up with the new era under LaLiga salary limits.

Pique and Messi arrived at Barca’s La Masia tertiary institution together and spent 13 seasons as first-team players after the defender returned to Manchester United.

In an interview with United team-mate Gary Neville, Pique opened up about how he found it difficult to see his close friend move to another club.

“I cried when Messi left. I cried for him,” Pique told The Overlap podcast. “In the career, he had at Barca, it would have been better if he had stayed until he finished his career.

“I understand why he was not able to rejuvenate the party.

“At the end of the day these are the things that happen in life, sometimes you make a decision and things don’t happen.

“For Barcelona and the fans, Messi was like a god. It would have been better if he had stayed.”

Messi has been directly involved in 937 goals for Barcelona, ​​and his most successful season came in 2011-12 when he scored 73 goals in all competitions and assisted 28 more.

But although the seven-time Ballon d’Or record was a huge poster when Barca won the trophy, Pique insists Messi could not have done it alone.

“Lionel Messi is the best player in the history of the game,” he said.

“Messi was a great Barcelona player. I always said we had Messi to win trophies, but we had to have a good team. One player will not win trophies.”