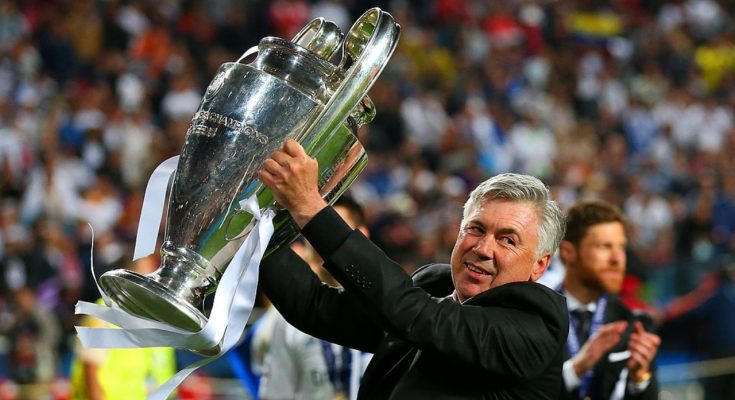 Carlo Ancelotti has made his name with gold coins in the history books of football, becoming the first coach in UEFA Champions League history to win it four times.

Real Madrid beat Liverpool 1-0 with goals from Vinicius Jr, from Brazil, and Thibaut Courtois from Belgium. The white team lifted their 14th UEFA Champions League title, making them the team to win the tournament.

“I can’t believe I have four UEFA Champions League titles. We were devastated, but the team’s commitment was complete. We were very happy because we finished the season so well. Alaba, Militao and Mendy were very good. The program went well. Courtois had a good season.”

“It was the toughest trophy I have ever won. It has helped us that no one thought it could be won, which made the team determined, confident, fighting and creating a positive atmosphere, adding to each level of the players we have.”

Liverpool have not lost many games this year, we have beaten them in a very good game. It is easier to win the Champions League with Madrid than with any other team.

The excitement is even greater because when I return to Madrid we have a wonderful season, I will not stop thanking the president and the players.

I am left with the good situation we have, we are strange and it is difficult to create this situation, there is ego in the changing room, I am still free to coach this team.

I kept quiet in the changing room, I was calm when the game was delayed, I was the most nervous, I went into my room so that the players could not see me, they were calm, calm. That confidence is helpful. ”

Ancelotti is already thinking about next season

“After four years of struggling to win titles, my return to Madrid was a huge success. At the moment I don’t think about the titles I have won, I think about the happiness of the fans and the players.

Now I go on vacation and start thinking about the next season, enjoy this time, it will be an incredible season. I never thought we could have three tournaments, the Super Cup, LaLiga and the Champions League.

During the games there was a lot of doubt, today the game was tough,

I was skeptical, but the players were skeptical. We were traumatized in the first episode, but we were in control. We handled the game very well, ”he said.