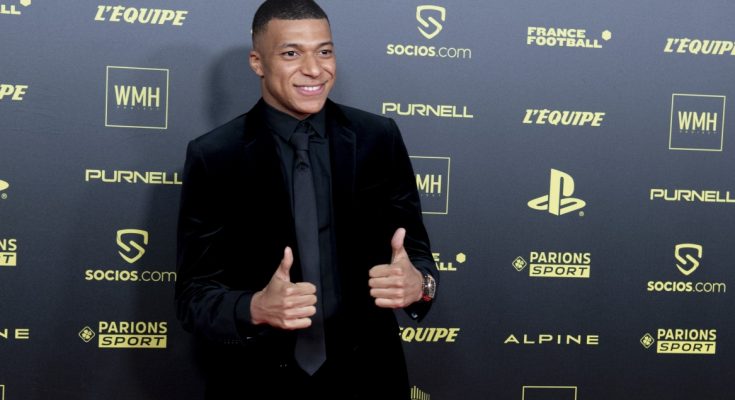 Kylian Mbappe will not wait long to win the Ballon d’Or, according to Barcelona’s Patrick Kluivert.

Kylian Mbappe was expected to join Real Madrid when his Paris Saint-Germain contract expires in June but opted to sign a three-year extension to the French capital.

The 23-year-old has spoken of a project change for PSG as he hopes to secure his first UEFA Champions League victory.

Kylian Mbappe was in impressive form in the campaign as he scored 28 league goals, a number only scored by Robert Lewandowski (35) of Bayern Munich in the top five European leagues.

Kylian Mbappe will look to bring the World Cup glory to France in Qatar later this year, and Kluivert believes it will only be a matter of time before PSG talisman wins the Ballon d’Or.

“I congratulate him on his renewal with the team recently. I think he will win the Ballon d’Or soon.”

Kluivert also talked about his former club Barca, who finished LaLiga in second place despite finishing ninth when Xavi took over after the sacking of Ronald Koeman in late October.

Xavi is set to rebuild the transfer window as he looks to close the gap on the Champions League with LaLiga side Real Madrid.

Kluivert played with Xavi at Camp Nou, and supported his former team-mate to turn Barca’s fortunes.

“Next season you will have many opportunities to develop the team, I trust him very much,” said Kluivert.

“The team has some very good young players who know the team’s values. I am sure Barca will get back to where they were.”