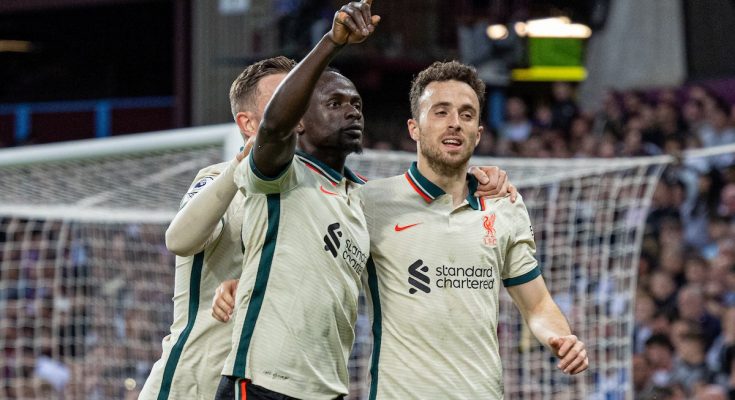 After a 1-1 draw with Tottenham on Saturday, Liverpool’s hopes for the tournament looked bleak as they were held to a similar point at Villa Park, but the Reds’ top quality kept coming.

Much of the pre-match focus was on the fact that Liverpool legend and Aston Villa manager Steven Gerrard could be the one to postpone his former club’s bid, with the first Douglas Luiz suggesting that the shock could happen to the cards.

But Joel Matip weighed in quickly, and from that point on Liverpool were often very threatening, only to complete the transition just an hour later thanks to Mane.

Liverpool’s bad start culminated in a defensive tussle between Kostas Tsimikas and Matip allowing Douglas Luiz to test Alisson and hit a rebound.

But the Reds quickly equalized with Matip in the sixth minute, coming out of the empty net after Virgil van Dijk hit Emiliano Martinez off the loose ball in Villa’s box.

While Liverpool struggled to gain any real control in the turbulent first half, the best chances continued to go the way Mane hit the ball and Naby Keita made an effort to try from 10 yards with a goal of his favor.

It was tense in the second half, although Liverpool’s next clear chance was huge.

Luis Diaz did well to pick Mane on the left, and the Senegalese striker twisted his body dramatically to meet the cross with his head in the lower right corner, while Villa failed to bounce back as Danny Ings was denied an offside goal.

What does it mean? Red is probably still alive

This was by no means the harvest. The journey to the Gerrard-led Villa side has always had the potential to be subtle, and the ‘narrative’ is great.

Villa were certainly dangerous and made Liverpool uncomfortable at times, but the visitors did what they needed, and that Jurgen Klopp will surely take care of.

The result puts Liverpool 86 points with City at the top, despite Pep Guardiola’s men playing their game against the Wolves on Wednesday.