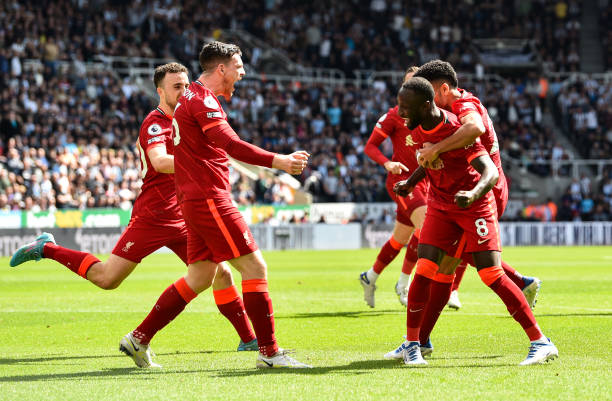 Naby Keita scored one goal as Liverpool made a huge difference to beat Newcastle United 1-0 at St James’ Park to lift Manchester City to the top of the Premier League.

Jurgen Klopp, who this week signed an extension to keep him at Anfield until 2026, cried during the game and made five changes following Wednesday’s 2-0 win over Villarreal in the Champions League.

Mohamed Salah, Thiago Alcantara and Trent Alexander-Arnold watched as they sat on the bench as Keita – one of the most memorable – scored a brilliant goal 19 minutes later.

Newcastle goalkeeper Martin Dubravka kept his side in the game but Liverpool saw the win over two points ahead of City ahead of the Champions League tour of Leeds United.

Keita’s goal came after an exchange of passes with Diogo Jota around Dubravka, although Newcastle players felt the goal should have been scored through James Milner’s foul on Fabian Schar.

However, when Milner caught his opponent, replays showed the Liverpool midfielder won the ball first and referee Andre Marriner was not instructed by the VAR to review the goal.

Newcastle had Miguel Almiron’s goal which was rightly denied due to offside and somehow struggled to create spaces, while Liverpool came close to second before heading into the break when Jota’s head was cut.

Jota denied Dubravka three times in the second half and Sadio Mane planted a shot in the right spot for his last catch before Salah was taken.

Newcastle had won four games in a row on their way to the tournament, although they did test Alisson with a Bruno Guimaraes drive as Liverpool won the 13th league in their last 14 appearances.