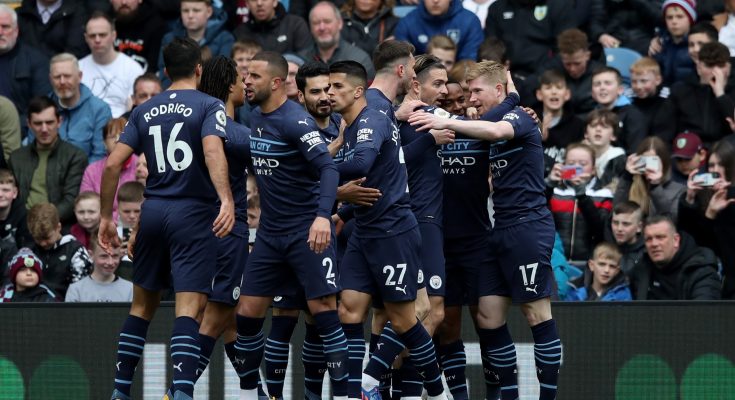 Liverpool’s victory over Watford earlier today had knocked the defending champions off the summit for the first time since 4 December, but Pep Guardiola’s side responded in impressive style at Turf Moor.

It took just five minutes for Manchester City to go ahead when Raheem Sterling hit Rodri’s ball in the way of Kevin de Bruyne, who took his place and bounced over the net.

Sterling and De Bruyne also scored the second goal, but this time it was Ilkay Gundogan who scored – a cool volley past Nick Pope after Sterling found him in the space inside.

At the moment, City were in complete control and could not see Sterling, Jack Grealish, and the replacement Gabriel Gabriel giving up great chances because Burnley never looked so far away to be able to come back.

The home team finally managed to score after 75 minutes, when substitute Jay Rodriguez brought in Ederson but could get good points in the fourth consecutive defeat without the fact that they avoided much damage to their goal difference.

Burnley remains entrenched in the top three, and City could enter next Sunday’s conference with Liverpool knowing they will stay in the first place if they avoid defeat.