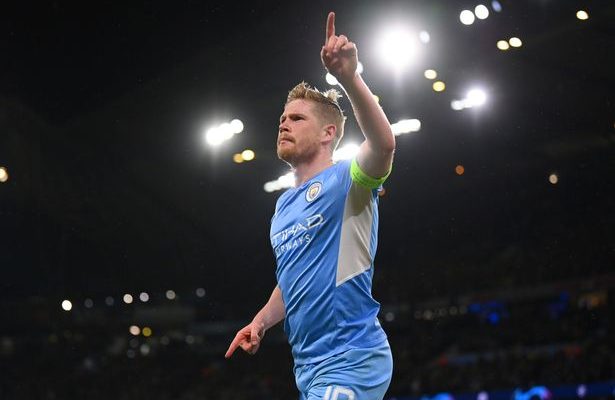 Manchester City will be without both Kevin De Bruyne and Kyle Walker in their FA Cup semi-final against Liverpool.

De Bruyne came out 25 minutes from Wednesday’s 0-0 draw with Atletico Madrid after he appeared to have suffered an ankle injury, 10 minutes before Walker responded to the same issue.

On a trip to Wembley to face arch-rivals Liverpool on the corner, The Times notes that Pep Guardiola is preparing for a game without both De Bruyne and Walker.

The Belgian midfielder was ruled out of action with a hamstring strain on his right ankle, which he suffered after being kicked by Atletico’s Felipe at the start of the match but tried to pass.

As for Walker, he appears to be ‘very skeptical’ of his case. Joao Cancelo is expected to slide right back, with Oleksandr Zinchencko closing on the left.

Fortunately for City, there is no long-term concern for these two players. De Bruyne was traveling unannounced when he returned to the UK and he does not believe he has suffered much damage, but the Liverpool game time did not work for him.

Both De Bruyne and Walker will be sent to other tests in the coming days.

Manager Pep Guardiola has already expressed his concern over City’s injury problems, admitting they were ‘in big trouble’ after the Atletico game.