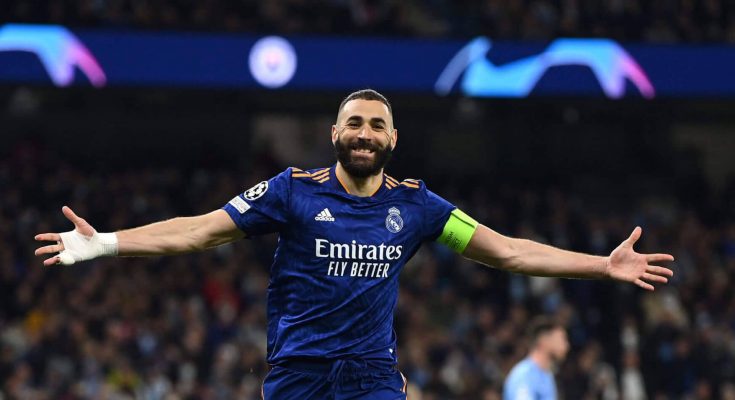 Pep Guardiola’s side went 2-0 up in 11 minutes at the Etihad Stadium on Tuesday as the first leg of the semi-final got off to a fantastic start.

Benzema’s double – his only Panenka in the 82nd minute with a touchdown from 33rd place – helped Real Madrid reduce the damage.

The 34-year-old has asked his team’s fans to help them reach the May final in Paris.

“There are 90 minutes at the Bernabeu for fans to make a difference again,” Benzema told Moviestar +. “From here we raised our heads to play a good game on the return leg.

“We have to hold our heads and see what we have to do to improve, a little bit in everything and especially at the start of the games.”

City were strong when they faced a Madrid team that badly missed Casemiro in the middle of the pitch, however, with Toni Kroos’ defense at risk being a key factor in City’s three goals.

As has been the case in the playoffs this season, in a game that did not reach the drama, Carlo Ancelotti’s side were able to find a way to make a living with a mind-boggling outcome.

“The defeat has never been better, but we are happy with the Champions League and the important thing is not to lose hope,” said Benzema. “Now we have to go to the Bernabeu and we need fans in a way we have never done magic, which is to win.

“We got into the game without confidence, and that’s what happens with an enemy like Manchester City. In this game a little bit was not everything.”