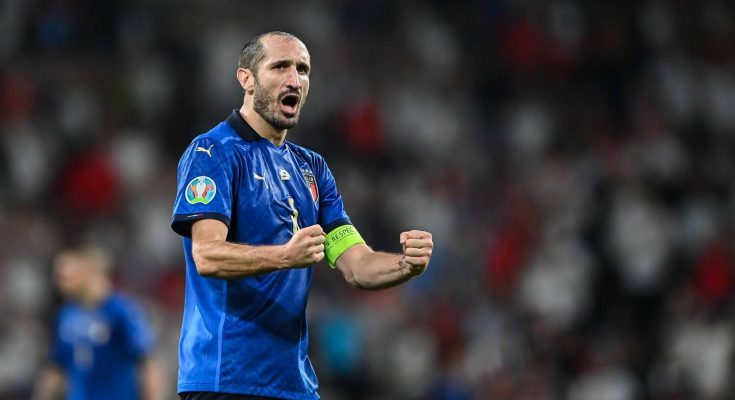 The 37-year-old defender has 116 appearances for his country, plus eight goals, and has represented Italy in six major tournaments, reaching the European Championships twice, most recently last summer when the Azzurri won the tournament, defeating -England in the finals. the Wembley final.

“I will play and say goodbye to the national team at Wembley, where I have had the best of my career in Italy and probably all my career, as that victory was special.” Chiellini told DAZN after Juventus’ victory over Sassuolo on Monday.

“I’m sure it will be my last game with the national team. It’s time for me to let the top players play.”

Chiellini still has one year left on his Juventus contract after this season and has no plans to hang his boots at club level, seemingly open to moving to the MLS in the future.