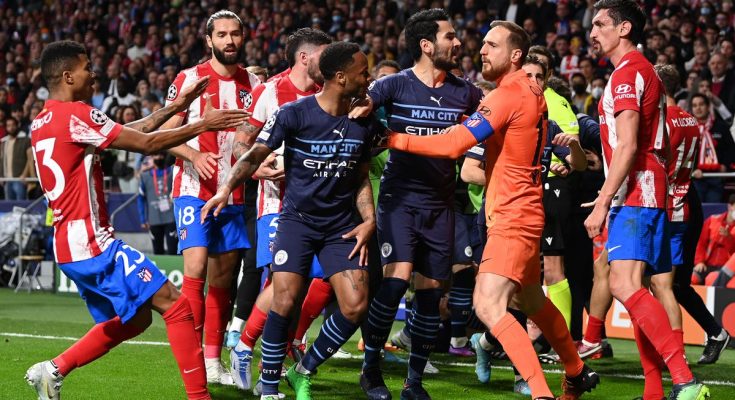 There was a tense situation at the Estadio Wanda Metropolitano at the end of Atletico Madrid’s UEFA Champions League quarter-final against Manchester City, and there was a tug-of-war in the final minutes that led to further disruptions in the tunnel after a full whistle.

Stefan Savic got into an altercation with Jack Grealish and Sime Vrsaljko had to be stopped by Kyle Walker until police intervened.

This has led to criticism of Atletico Madrid of the UK. The British experts actually praised Diego Simeone’s side for pressuring Manchester City to balance, but they were not happy with the bad scenes in the end.

“You have to say that, when it comes to football, you have done well for Atletico Madrid, as they have made Manchester City play in a way we have never seen before,” Rio Ferdinand told BT Sport.

“They have pulled themselves out of their rhythm and feet.

“But some of the things that are yet to come are not what you want to see on the football field.

“It was disrespectful to the Atletico players’ behavior. They should be ashamed of some of the tricks they have continued with.”

The former defender is not the only one to criticize Atletico Madrid on British television, as Owen Hargreaves did.

“Manchester City have had a lot of calm and class,” he said, also at BT Sport.

“It was a disgrace for Atletico in the end. Just play good football! They had the right to go but the tricks are rubbish.

“Debt to Manchester City, they can handle the situation. This was a really tough game. It was a very good game for City.”