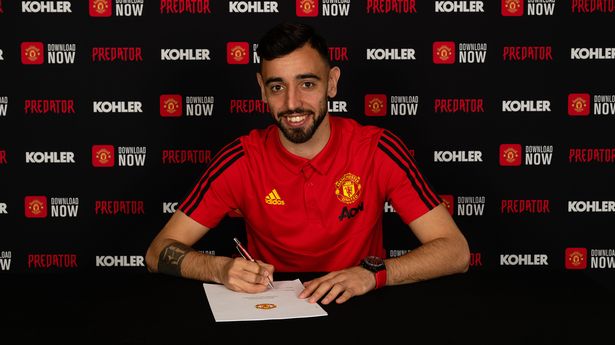 Bruno Fernandes has signed a new long-term contract with Manchester United that will keep the midfielder at Old Trafford until at least 2026.

Fernandes of Portugal has been a staggering figure since joining Manchester United from Sporting CP in January 2020 for an initial fee of £ 47million (€ 55m).

The 27-year-old still has three-and-a-half years to work on his contract, with an option to extend for another year, but Manchester United have moved on to extend the terms.

Fernandes has played for Manchester United 117 times since making his debut in February 2020, scoring 49 goals and assisting 39 more in all competitions.

Sampdoria’s 88-goal direct involvement at the time was improved by only five players in Europe’s top five leagues.

Indeed, Fernandes ranks first among Manchester United’s players in terms of goals (35), assists (25), and chances created (201) in the Premier League since his arrival.

The new contract reportedly costs £ 240,000 a week, which is a huge increase in Fernandes’ previous salary.