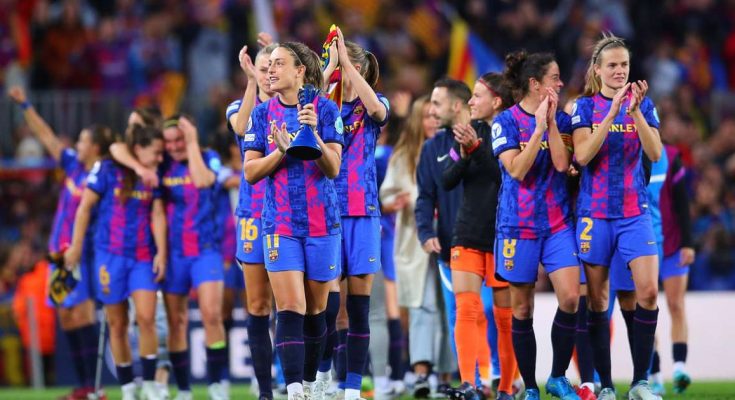 Barcelona was watched by a world-class crowd of 91,648 fans as they beat Wolfsburg 5-1 in the Women’s UEFA Champions League semi-finals.

It was another five-star showing from Barcelona women’s team on Friday, as the attendance record was surpassed.

Barcelona will enter the second leg of the last four next week with goals from Aitana Bonmati, Caroline Graham Hansen, Jennifer Hermoso, and Ballon d’Or winner Alexia Putellas, who has scored two goals.

Barceloa are the champions of the UEFA Champions League and they look ready to continue their title. French rivals Lyon and Paris Saint-Germain will face each other in the semi-finals, in the first leg on Sunday.