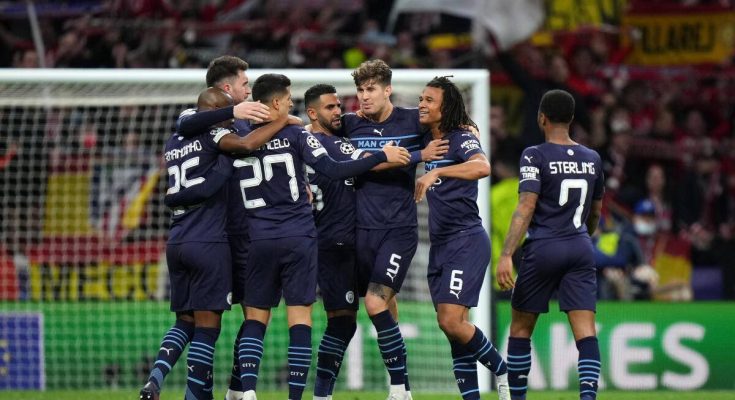 Manchester City sealed their place in the UEFA Champions League semi-finals after an ill-tempered 0-0 draw with Atletico Madrid in their second-leg clash on Wednesday.

Diego Simeone’s men put him under a lot of pressure in the second half, but City held back before anger flared up late and Felipe saw it in red.

That left the visitors seeing a 1-0 victory combined to reach the Champions League semi-finals for the first time in their history.

Premier League leaders are now set to face Real Madrid in the last four after Carlo Ancelotti’s case against Chelsea on Tuesday.

The first clear goal for both teams came in half an hour when Ilkay Gundogan hit the base of Jan Oblak’s right-hand post eight yards after being cleared by Phil Foden.

City, coming into the game after a thrilling 2-2 draw with arch-rivals Liverpool, looked set to score more goals in the first half, but went into the break failing to score one of eight goals. gun.

The athletes were the best at the start of the second half and Antoine Griezmann lighted an effort to dive past the post on the edge of the post just an hour before.

There was chaos after Felipe’s late challenge to Foden in the closing stage, with both teams clashing near the existing flag.

The result was a second yellow card for the Athletes defender as the Champions League home team’s campaign ended on a sour note, with Simeone himself booked at the break after entering the pitch.