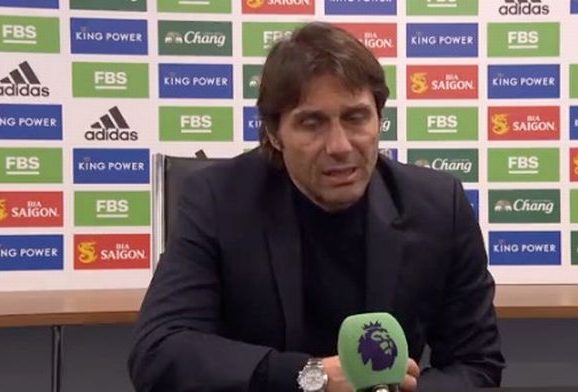 Antonio Conte has expressed sympathy over the situation at his former club Chelsea after owner Roman Abramovich was sanctioned by the UK government.

Abramovich, who was once photographed with Russian President Vladimir Putin, had his assets suspended on Thursday, in a decision taken following the ongoing Russian offensive in Ukraine.

Chelsea have been granted a special sports license to continue trading as a football team, but measures have been put in place, including a ban on ticket sales, with only seasonal ticket holders allowed.

Tottenham boss Conte spent two seasons at Stamford Bridge between 2016 and 2018, winning the Premier League in his first year and the FA Cup in his second season, before being sacked at the end of the 2017-18 campaign.

Speaking at a press conference ahead of Spurs’ trip to Manchester United over the weekend, the Italian midfielder said the situation was “sad” for the players, the manager and the fans.

“To be honest, I just listened to this situation,” he said. “It is not easy. It’s not easy.

“It’s also sad because I was the coach at this club, Chelsea. I enjoyed two seasons [there]. Also, I won two titles. It hurts to listen to this situation.

“Honestly, I hope that in general the situation between Russia and Ukraine will end and we will find peace because it is very important.

“Some of the conditions that come from this competition, I think, are not right. I hope it will be better, for this team, because I have worked for this club, I have enjoyed two seasons.

The Premier League confirmed on Thursday that the Chelsea vs Norwich City match on Thursday evening will go ahead as planned, with the club promising to work with the UK government to ensure business as usual where possible.