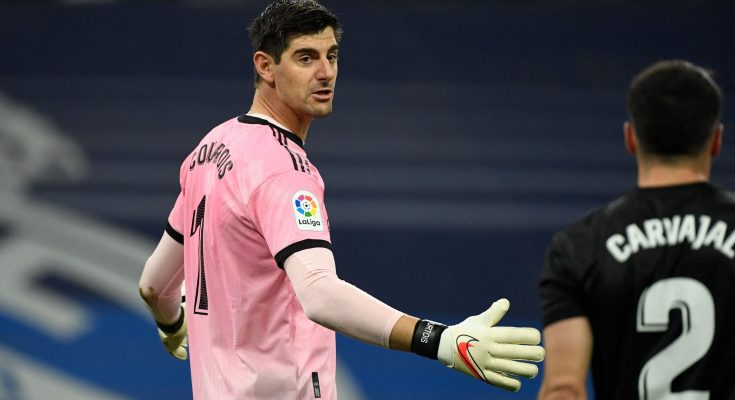 Real Madrid goalkeeper Thibaut Courtois has said he and his team-mates “must live up to history” after suffering a 4-0 thrashing at the hands of rivals Barcelona in El Clasico.

Goals from Pierre-Emerick Aubameyang, Ronald Araujo, and Ferran Torres criticized Madrid for their incredible humiliation at the Santiago Bernabeu, although they are still nine points clear of LaLiga ahead of second-placed Sevilla.

Los Blancos coach Carlo Ancelotti apologized after the game, saying: “It was not a good night, we apologize to the fans, but we have to look forward. We have a chance, we have to rest and come back.”

On Monday, Courtois was also in a state of shock, declining to apologize on Twitter, but insisting the players would go back to their first Clasico defeat in three years.

“Yesterday was a sad day, but we are a team,” wrote the Belgian. “Whether we win or lose, we do it together and we will respond in the same way.

“I know it still hurts to think about it and ask for it, but I hope this team will give their all to win the titles we are facing.

“We are in a very good position to do it and as Real Madrid, we have to live in accordance with history and you Madridistas. Now more than ever #HalaMadrid”.

Madrid will play Courtois’ side, Chelsea, in the quarter-finals of the Champions League after a stunning 3-2 victory over Paris Saint-Germain in the 16th round.