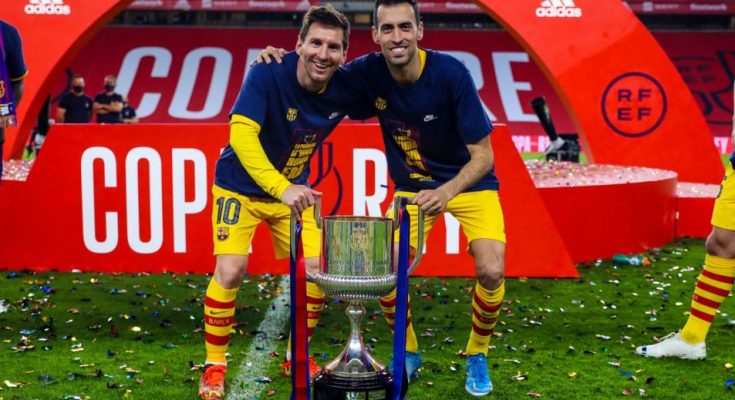 Barcelona midfielder Sergio Busquets has admitted he would willingly hand over the captaincy to Lionel Messi if he returned to the club.

Barcelona’s 17-year-old Messi’s career came to an abrupt end last summer when he was forced to leave Camp Nou due to Blaugrana’s fragile financial situation.

The iconic attacker then joined Paris Saint-Germain, although he struggled to make a similar impact on Parc des Princes and rumors began circulating about his return to Barça, who had managed to balance the books in some way.

The captain of the team Busquets – who took over the position when Messi left – is awaiting the return of the Argentine player, who said he would reinstate the captain.

“Messi’s departure was difficult, and it was shocking at first. Yes, I would like Messi to come back, but he has a contract with another club, ”he told RAC1.

“It’s also difficult because of the way he left us. No one else gave us that Messi. I miss him and I’m sure he remembers me too.

“Xavi said Messi’s doors were open for him to return, so think of me as a partner. I will give him the captain, he respects me and I respect him. ”

However, he may be disappointed as party president Joan Laporta says Barcelona ‘does not think or think ‘of Messi’s return.

Regarding a possible move to Barcelona, ​​Messi aside, Busquets said: “I think there is a lot going on. If the economy allows, we can sign good players to keep up with this well-organized squad because there are so many young players at the top level.”

Asked about his future, and his contract expiring in 2023, the 33-year-old added: “Once my contract expires, I will decide what is best for me. If I am good, I would like to stay. If not, I can accept that my time has come.

“I think I can still help the team. I have one year left on my contract, and I will see what the coach and the team want at that moment. I will not be a problem for Barça.

“I don’t see myself playing for another European team other than Barça.”