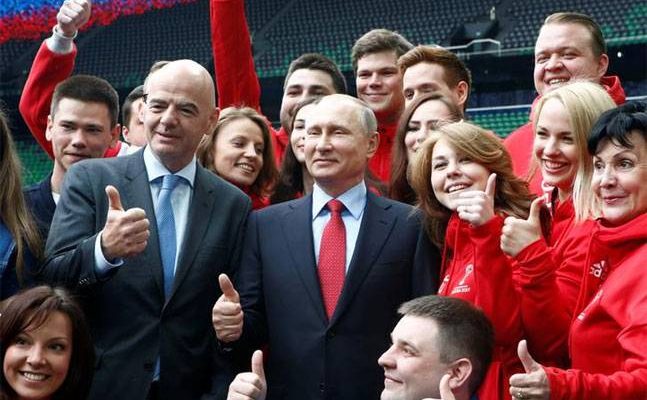 The Russian Football Union (RFU) has responded by banning Russian clubs from FIFA and UEFA, saying it “strongly disagrees” and may still oppose the decision.

Two governing bodies have suspended Russian teams from the club and international competitions until further notice, barring them from entering the 2022 World Cup and the 2022 Women’s Euro.

Spartak Moscow will be relegated from the Europa League, where they face RB Leipzig in the last 16.

The sanctions were imposed on Russia on Monday following Vladimir Putin’s attack on Ukraine last week.

A subsequent statement from RFU suggested that it could investigate appeals “in accordance with international sporting law”.

It read: “The Russian Football Union (EU) opposes FIFA and UEFA’s decision to suspend all Russian teams from participating in international matches indefinitely.

“We believe that this decision is against the rules and regulations of international competitions, as well as the spirit of sport.

“It naturally discriminates against them and harms dozens of athletes, coaches, team members, and national teams, and most importantly, millions of Russian and foreign fans, for whom the international sports federation must be particularly protected.

“Such actions are divisive in the world of sports, which always adheres to the principles of equality, mutual respect, and political independence.

“We have the right to challenge the decision of FIFA and UEFA in accordance with international sports law.”