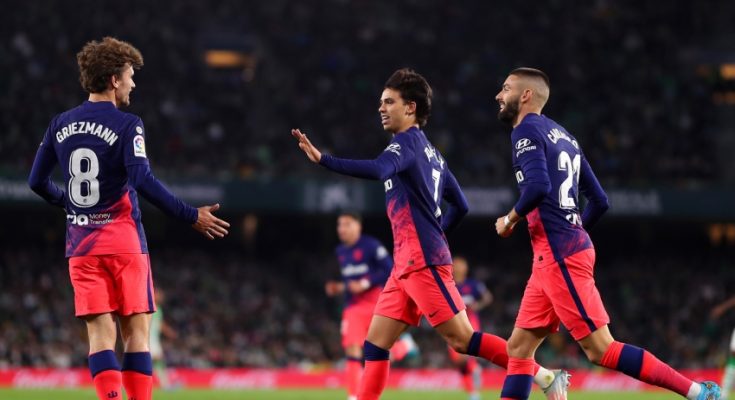 Barcelona’s 2-1 win over Elche earlier on Sunday put Betis in fourth place, while Atletis were completely out of the Champions League qualifiers.

That increased the pressure on Diego Simeone’s boys to win for the third time in a row, and they moved on within two minutes thanks to the entry of Joao Felix.

Betis’ successor Cristian Tello equalized for the final kick in the first half, but Joao Felix scored another just one hour later and Thomas Lemar scored Atleti’s late goal.

Joao Felix opened his account just 74 seconds away in the afternoon – the first goal of the Athletics league since July 2020 – after being appointed by Angel Correa.

The visitors missed a great opportunity to add a second when Yannick Carrasco somehow failed to pick Joao Felix or Renan Lodi with him in a single attack.

Shortly after Jose Maria Gimenez’s permission came from Paul Akouokou and flew over the bar, Tello had Betis in the right position with the first shot from 20 yards.

Gimenez scored a goal for Simeone’s side, who should have lost Correa and Sime Vrsaljko to injury in the first half.

Atleti regained their lead in the 61st minute with another simple goal by Joao Felix, this time after being sharpened by Marcos Llorente.

Copa del Rey finalists Betis pushed for a level, but fatigue set in and Antoine Griezmann pulled the ball over Lemar to put three key points for Atletico in the 80th minute.