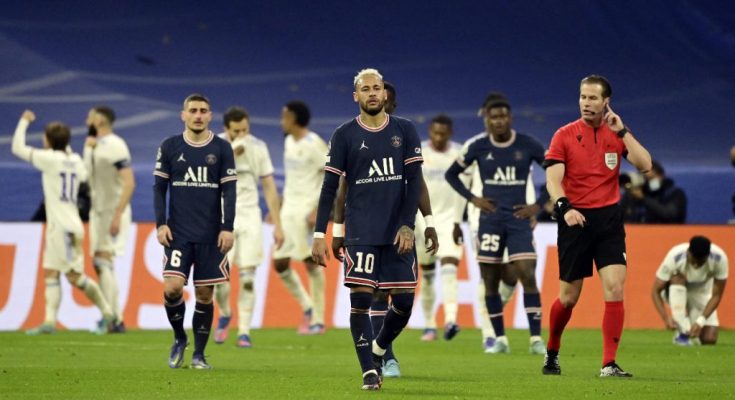 Former Barcelona forward Neymar Junior could be set to leave Paris Saint-Germain. The 30-year-old has worked with PSG for five years, scoring 60 times in 83 league games.

The Brazilian has helped the French giants win three Ligue 1 titles and many more. But he was unable to bring PSG the much-needed trophy – the UEFA Champions League.

And now we know that it will be another year at least until PSG can end their wait. PSG collapsed against Real Madrid on Wednesday, blowing a two-goal lead to lose 3-2 at the Santiago Bernabeu.

Neymar has struggled in the game, and although nothing has been confirmed yet, there has been talk of a Brazilian player showing signs of annoyance in the dressing room after the game.

According to Romain Molina on Sport, PSG now want to sack Neymar Junior.

Qatar club officials are said to be ‘tired’ of Neymar’s attitude and lack of influence in games like this.

The 30-year-old still has a three-year contract, but it looks like his future could be in the news.