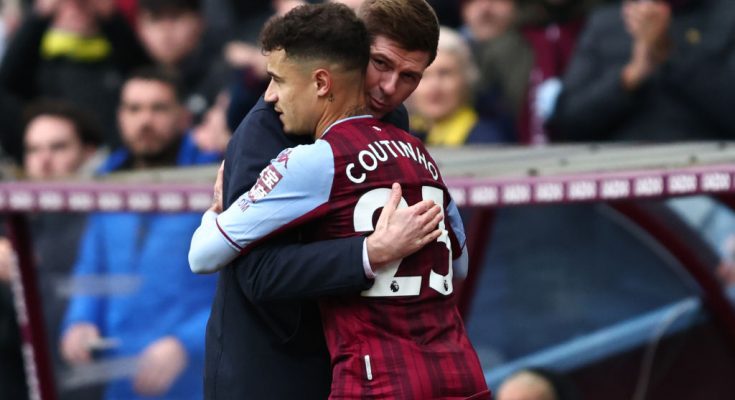 Aston Villa manager Steven Gerrard has hinted that he wants the club to sign Philippe Coutinho on a permanent deal from Barcelona in the summer.

Coutinho arrived at Villa Park on loan from January until the end of the season, meeting his former Liverpool teammate Gerrard in a bid to start his career after being unwelcome at the Camp Nou in recent seasons.

The Brazilian impact is already evident and he was in top form over the weekend as Villa demolished a Southampton team that was going well until they came up with him.

Coutinho’s permanent signing will be a huge boost for Villa in the long run as they aim to climb the Premier League table and return to Europe for the first time since being promoted to office in 2019.

Gerrard has known Coutinho well since they spent time together at Anfield and has expressed his desire for the club to be a ‘change of place’ for the player. The manager also described him as a ‘game changer’ who ‘gave credit to his teammates.

“We want to be that to him because if we want to get to where we want to be, we need to build with talents like Phil, because in his capacity he is a great player,” Gerrard said.

“I do not control the transfer fees or salaries. All I can do is give my opinion to Johan Lange (sports director), Christian Purslow (chief executive) and owners. They are watching the games and they are the ones who will make the final decision. Phil has shown what he can do so far. ”

Coutinho’s first loan deal with Villa includes a £ 40m (£ 33m) buy-out option. Fabrizio Romano reported that club officials were happy with the player so far but waited for the season to end in May before making a final decision on his future with them.

Barcelona, ​​who still need cash to re-invest in the rebuilding of their club, wants to sell.

The £ 33m fee could make Coutinho one of the most expensive players in Villa history, with Emiliano Buendia falling short of the club’s all-time record.