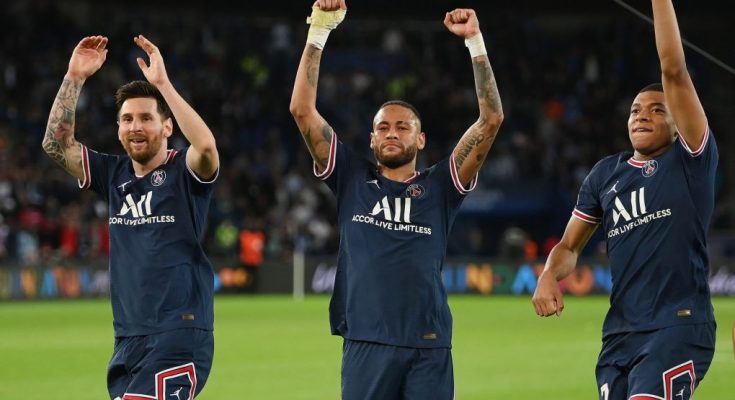 Paris Saint-Germain is  ready to face Real Madrid, which is likely to star in the top three. Kylian Mbappe, Neymar and Lionel Messi are all expected to start at the Estadio Santiago Bernabeu.

But the three have been questioned since meeting in the summer, and only Mbappe has been spared criticism of his games.

How many games have MNM played together?

In all, they have played just ten games together this season, in which they have won five, drawn three, and lost two. Messi was slow to appear in the squad, and Neymar fell injured in November.

But it all suggests that they will all play on Wednesday and Angel Di Maria will be the one to miss, despite playing well in the first leg.

Mauricio Pochettino is expected to sign Neymar in the XI, using him off the bench in the first leg. From there, he started losing at Nantes, winning against Saint-Etienne and the recent defeat at Nice. He gives himself time to get back on track.

It should not be forgotten, however, that Neymar has become accustomed to carrying PSG in Europe, where he has played well since joining the club from Barcelona in 2017. Bayern Munich and Manchester City both learned that last season.

Then there is Messi, who is still the focus of the French media. He will not be removed from the team but has not yet reached the level expected of him in Paris. He has been signed to win the Champions League, though, and now it is time for him to raise the bar. Of Messi’s seven goals this season, five have been scored in seven UEFA Champions League games.

Mbappe was a hero in Paris and surpassed his teammates in attack this season. He is the leader of the team, and the player the fans love him the most. In 34 games this season, he has 24 goals and 17 assists.