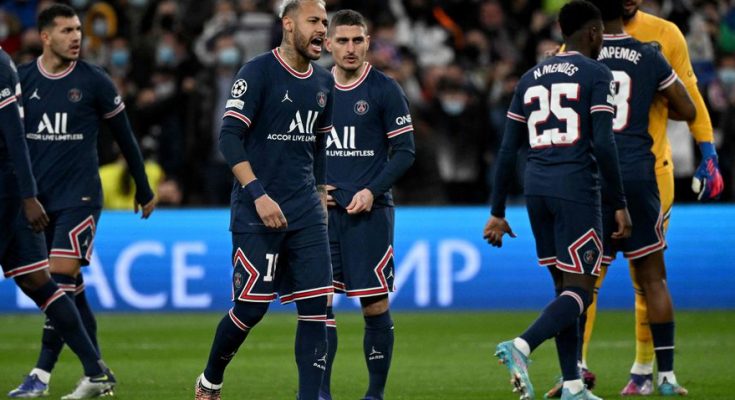 It’s going to be tough for Paris Saint-Germain to digest their exit from the UEFA champions League to Real Madrid. The French side threw away a 2-0 aggregate lead to exit the competition at the last 16 stages inside the final half-hour in a manner reminiscent of the famous remontada defeat to Barcelona back in 2017.

And according to Marca, there was trouble in the dressing room immediately after the final whistle; Neymar Junior and Gianluigi Donnarumma even had to be separated by teammates their discussion became so heated.

Neymar reproached Donnarumma for his part in Benzema’s first goal before Donnarumma reminded Neymar that he lost possession before Benzema’s second. Things escalated and they had be separated.

It wasn’t the only violent incident of the night, either. PSG president Nasser Al-Khelaifi and sporting director Leonardo were seen storming around the bowels of the Santiago Bernabeu after the match looking for the referee, incensed by VAR’s inability to penalise Benzema for what they deemed to be a foul on Donnarumma in the build-up to his first goal. Al-Khelaifi was even apparently heard to shout: “I’ll kill you”.